I'm back, but have not yet shaved.
Buy It From Amazon
Buy It On DVD
Buy It On Blu-Ray

It’s only chapter two and the story of John Wick is getting stale. The 2014 film that introduced us to the legendary hitman established an appealing, stylized society of modern assassins operating with well-defined rules. John Wick also worked because it was an energetic, inventive, straight-ahead revenge actioner with some emotional stakes. Chapter 2 builds on the mythology but lacks the inertia, wit, and significance of its predecessor. When Wick isn’t dispensing headshots with impunity the sequel has trouble sorting out its plot and zeroing in on a point.

Fittingly, then, the most exhilarating sequence is the one that closes the book on the first adventure. In the first fifteen minutes, Wick (Keanu Reeves) retrieves his stolen car from Russian gangsters. He and his vehicle mirror each other, the latter slamming its way through crashes and the former brutally dispatching henchmen. Returning director Chad Stahelski makes us feel every crunch of metal and bone.

After the beaten man and machine pull into the driveway of Wick’s palatial contemporary home, the film starts to sputter. Unsavory acquaintance Santino D’Antonio (Riccardo Scamarcio) arrives at the door, holding a coin that represents a favor due to him. D’Antonio wants his sister murdered so he can assume underworld power. After first declining, Wick changes his mind when the guy burns his house down. So, it’s off to Rome for One. Last. Job. Again.

While the shootout in the catacombs beneath the city is elegantly choreographed, as is a finale that takes place mostly in a hall of mirrors, the trendy mayhem is surrounded by slow-moving, trivial nonsense. Rules and buzzwords for the assassins’ network are constantly being recited and defined, in both the New York and Rome-based upscale hotels that serve as safe bases of operation. Run by Ian McShane and Franco Nero, respectively, the refined havens aren’t nearly as cool as the movie pretends they are as Wick acquires weapons and gets bulletproof suits tailored.

At least Nero’s presence at the Italian sanctuary is a nice nod to the actor’s history and his presence carries a certain level of gravitas. Another bit of stunt casting, reuniting Reeves with Matrix co-star Laurence Fishburne, is a total bore. In a film that’s already overlong, Fishburne’s clunky segment as overseer of a sophisticated network of operatives posting as homeless people could be completely excised without losing any of the already-thin context.

The best faceoff is Wick and rival Cassian (Common), who discreetly shoot at each other in a crowded subway station. In a world where cops, and for the most part non-criminal bystanders, don’t exist, this restrained action brings a sense of playful sanity to the proceedings. Ruby Rose’s well-dressed mute adversary has the chic artifice, but, just like the movie, it doesn’t add up to a whole lot and her outcome is anti-climactic.

This series now has a firmly established modus operandi, and that’s Wick dispatching of foolishly advancing foes by shooting them in the head. Oftentimes he’ll put one in an MMA submission hold as he shoots several others, just to change things up a bit. It grows old fast, anyway. The symphony of gunshots is conducted well by Stahelski and the 50-something Reeves sill has impressive physicality to go along with the laid-back brooding he’s perfected, but the carnage lacks ferocity or fun. Bodies pile up simply because they have to.

An automated voice in the hall of mirrors set piece repeats that the installation is, “A deeper reflection into the nature of self.” John Wick: Chapter 2 certainly isn’t that and doesn’t even work as a shallow distraction. 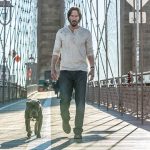 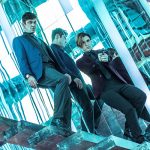 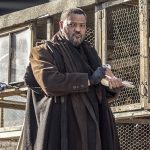