I made a pyramid.
Buy It From Amazon
Buy It On DVD
Buy It On Blu-Ray

The mere mention of his name gives criminals pause. He once completed an “impossible task” for one of the most notorious Russian mobsters in all of New York City, and lived to tell about it. As a matter of fact, his proficiency with such an assignment laid the foundation for Manhattan mobster Viggo Tarasov’s (Michael Nyqvist) current empire. It also earned the mystery individual a one way ticket out of the hitman’s life and into a seemingly blissful “normal” existence.

Then a terminal disease struck the only thing that ever mattered to this otherwise soulless hired killer, and her death has devastated him. So now might not be the best time to mess with John Wick (Keanu Reeves)… and yet that’s exactly what Viggo’s crass, brutish son Iosef (Alfie Allen) does. Without knowing who or what he is, this self-important preening pretender to papa’s throne breaks into Wick’s house, kills his loveable puppy, and beats him to a pulp… and all for his prized ’60s muscle car.

One phone call later, and dad knows that his kid has unleashed hell on earth.

If revenge is a dish best served cold, then John Wick is one icy cinematic treat. Believing in the old-fashioned concept of well-choreographed action and brimming with atmosphere and attitude, it’s great to see Reeves back in full fledged fighting form. Bringing along his Matrix stunt double Chad Stahelski to sit behind the lens, the result doesn’t reinvent the genre so much as remind us of how exciting and engaging such a film can be, all from simply allowing the various fisticuffs and firefights to play out in front of the camera without excessive cuts or silly shaky-cam nonsense.

It’s a perfect commercial comeback role for Reeves, playing into his low key intensity with style and savagery. While he’s made more than a dozen films since finishing up the Wachowski’s epic sci-fi trilogy, he hasn’t had a role like Wick in a while. Sure, the backstory here screams melodrama (dead wife, dead dog, dead heart), but the execution is pure post-modern madness. We are introduced to the world of Wick, his former associates (chop shop owner John Leguizamo, fellow hitman Willem Dafoe), his current competition (paid assassin Adrianne Palicki), and the secret crime code best exemplified by a hotel operated by Ian McShane. No “business” can be conducted on the premises, such a violation demanding swift and unusual “justice.”

Since the whole movie is really just one long exercise in bullet-riddled retribution, the setup needs to satisfy. Reeves convinces us that his losses are real, and his reaction to same acceptable. He also inhabits this part, playing both the sadness and the brutality with equal severity. Reeves is an undervalued actor, easily dismissed by a catchphrase (“Whoa!”) that doesn’t really define who he is. With John Wick, we get to see the real Keanu Reeves, driven and multi-dimensional, vulnerable when he can’t control himself, vile when he can. While he’s portrayed as a loner, we sense the loss of his wife hanging over him. Wick’s character kills for a living, and is constantly reminded that as such, he can’t just “change his stripes.” But in his performance, we sense that he could. Sadly, Viggo’s stunted son prevents that.

Stahelski makes a solid debut, though he really doesn’t do much except set up the camera and get out of the way. As we watch the close quarter combat and various showboating stunts, we realize how empty and vacant the whole Luc Besson school of nervous camera chaos really is. Like Brad Bird with Mission: Impossible – Ghost Protocol, the film shows there’s no need to vibrate the lens to hide your hackwork. Just make sure your action is well planned in advance and photographed well, and you’ll end up with something surprisingly exciting.

For the members of the mob families he infiltrates and eviscerates, the name John Wick equals fear. For Keanu Reeves, let’s hope it also means “franchise.” 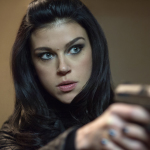 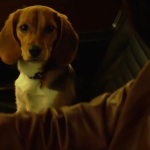 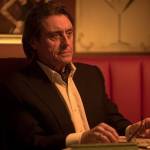 One thought on “John Wick”