It's more fun to compute.
Buy It From Amazon
Buy It On DVD
Buy It On Blu-Ray

With his death on October 5th, 2011 from complications due to pancreatic cancer, Steve Jobs was canonized as a thoughtful tech innovator with one finger on the pulse of the public, the other nine of the bottom line of his business baby, Apple. Along with Steve Wozniak, he helped foster the personal computer revolution before being ousted from the company by investors worried over his hopelessly New Age approach to corporate competition. Over time, the truth about his life (he was adopted, is half-Syrian, and was a bit of a bastard in the boardroom) has come out, but we still look at Jobs as the man with the plan for all our post-millennial lives. So it’s a shame that the biopic made of his story is so sloppy. In fact, it makes the first mistake of any biographical tell-all, attempting too much without having the time or the temerity to actually see said scope through to the end.

We first meet Jobs (Ashton Kutcher, not horrible but certainly not great) in college. He’s portrayed as a drug-taking slacker without much concern for career. Jump forward a bit and he reconnects with his buddy “The Woz” Wozniak (Josh Gad) who has a groundbreaking idea he is working on: a motherboard for a personal computer. Before we know it, Apple is born with the help of some funding from Mike Markkula (Dermot Mulroney) and the guys are taking the fledgling tech field by storm. Jobs then undermines the original team, has numerous confrontations with eventual CEO John Sculley (Matthew Modine), and ignores his family. Eventually kicked out by the board, his exile lasts for nearly a decade. When Apple begs him to come back, he manages to take all his previous failures and funnel them into the creation of the iPod, which once again revolutionizes the way we live our lives.

Avoiding the later years of illness and suffering, Jobs is a herky-jerky, superficial overview of a man whose meaning mandates a movie with more depth. While he was ruthless and ferociously focused on finances, he was also a visionary who saw the way people existed and created concepts to complement their needs. While we definitely would have had cellphones, smartphones, home computers, laptops, MP3 players, tablets, and other high-tech whatnot without him, Apple’s designs and determination have made the company number one on the consumer cutting edge. Frankly, that previous sentence is more telling than this film. Director Joshua Michael Stern (Swing Vote, Neverwas) is not willing to sacrifice cinematic cliche for the sake of something more profound, so we get montages where actual conversation and circumstance would have been better, off-screen confrontations that would actually have more resonance had they played out in front of us.

This is the anti-Social Network, a movie about a similar subject without any of the aforementioned’s depth or density. Everything here is frilly and fluffy, Kutcher and company given very little character meat beyond the already-established public personae. Sure, actors like Gad, Modine, Mulroney, and J.K. Simmons can more or less salvage the slightness they have to work with, but the former Mr. Demi Moore cannot. He is trapped in trying to be both the persona onscreen and people’s perception of what Jobs was really like. The end result is an enigma played with ambiguity. Sure, Jobs was a free thinker, his mind composed of both big picture pronouncements and petty vendettas, but all we get are the middles. The crusts have long been cut from this particular piece of bread.

Indeed, Jobs is the wonder of backstage dramatics. I wanted to get inside the mind of one of technology’s most profound thinkers. What we get instead is a brief overview filled with too many minor moments. Apple may be the industry leader at this point in the handheld device game. Jobs can barely muster an honorable mention when it comes to movies. 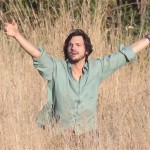 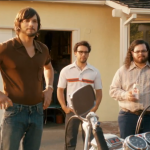 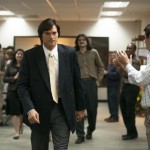