Get between my toes, will ya?
Buy It From Amazon
Buy It On DVD
Buy It On Blu-Ray

Horror is cyclical. One minute we are worried about the psychotic killer slashing his way through a wealth of worthless teenage victim fodder, the next, zombies are figuratively taking the Cineplex by storm. One year it’s vampires that are the spook du jour, the next, Satan stands up and demands to be recognized. Recently, we’ve found ourselves awash in a wave of traditional hauntings/possession. They can be persons, places, or things, but these supernatural straightjackets come at a price, and it’s usually not nightmares. No, for every Conjuring or Insidious, there’s a Jessabelle. If frightening people is this genre’s purpose, this slackjawed Southern Gothic fails.

Of course, the movie centers around a character “with a past.” Our heroine, the title character, nicknamed “Jessie” to avoid the obvious repercussions of having “abelle” as part of her name, grew up without a mother. She died of cancer when she was a baby and ever since then, the young girl has been “haunted” by a “spiritual” presence. After an accident leaves her traumatized and crippled, she is forced to go back to Louisiana and live with her father (David Andrews).

While convalescing, Jessie discovers some videotapes. With them, she learns of her mother’s (Joelle Carter) relationship with a man named Moses (Vaughn Wilson). Both were into Tarot cards and during one particularly paranormal activity, Mom grows frightened and turns off the camera. Suddenly, people start dying and Jessie, with the help of a guy friend from the past, Preston (Mark Webber), uncovers the truth about her birth, and what’s stalking her in the spiritual sense.

Jessabelle, not to be confused with Annabelle or Lulubelle or Belle and Sebastian, is the same old scary movie skit transmogrified into a less than exciting excuse for intolerance and bigotry. Yes, the mystery here revolves around race and racism, and if you’re up for a bit of prejudice in your phantasm, you won’t mind the unwieldy juxtaposition. A lot of movies have used the cultural crime as a means of making their point. Lucio Fulci’s The Beyond starts with a lynching in 1927, while the entire Candyman myth is based around a wronged slave. But here, the reason for Jessabelle’s problems are as ridiculous as the means of their presentation. The entire film is laughable, while the motive is unfunny.

Blame director Kevin Greutert. As the editor on the first five Saw films, he’s learned nothing from his fellow filmmakers. Scenes go nowhere, suspense is nonexistent, and characterization comes with a price. In order to appreciate what happens here, you have to buy this backwater bullspit, and the actors hired to sell it couldn’t move ice water in Hell in August. As Jessie, Sarah Snook invites no sympathy. She’s the very definition of a whiner. Her incessant complaining countermands Greutert’s desire for a subtle, simmering slow burn. We keep waiting for our ghost host to show up and give her something to whine about.

Even when he’s working within some interesting country setting, Greutert can’t get the tone right. One moment, the mood is ominous and threatening. The next, it’s like a bunch of rednecks showed up to party like it’s 1959. It would be easy to blame the script, credited to The State‘s Ben Garant. Clearly he requires the help of his Night at the Museum writing partner Thomas Lennon to come up with something sensible. This is his first serious screenplay and it shows. You can blame studio and performer interference all you want, but in the end, the initial idea was his. Clearly someone spent many a childhood sleepover watching direct to video horror crap.

It’s almost impossible to predict what the next fright fad will be. We’re already getting tired of the James Wan-inspired old school scary movie and some are trying to resurrect the horror comedy to little effect. Maybe monsters will be the next big thing. Anything would be better than more Jessabelle retreads. 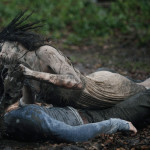 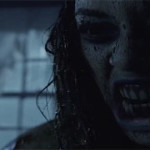 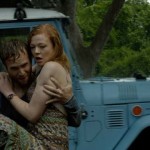