Let's wait for the bus... together!
Buy It From Amazon
Buy It On DVD
Buy It On Blu-Ray

Paramount clearly wants Jack Ryan to be a profitable post-modern James Bond. It doesn’t matter if the late Tom Clancy’s literally lineage for the character dried up a decade ago (with the publication of Red Rabbit). The studio sees dollar signs rebooting the spy for a too-young-to-remember previous incarnations (Alec Baldwin, Harrison Ford, Ben Affleck) audience and a too-old-for-contemporary-thriller demo. The result is Jack Ryan: Shadow Recruit, an origin story given extra gravitas and seriousness thanks to the person present behind the lens (Kenneth Branagh) and a desire to ignore what came before (ala Ian Fleming). While we’ve seen this kind of story a hundred times before, this take on the material is a perfectly acceptable and, for the most part, entertaining revision.

We first meet our hero (played with expertise by Chris Pine) on 9/11. He is studying in England and the infamous terrorist attack sees him leaving school to enlist in the Marines. Three years later he is shot down over Afghanistan and is badly injured. During rehab, he meets a cute medical student named Cathy (Keira Knightley). There’s an attraction there, but she doesn’t date patients. Ryan also becomes familiar with CIA operative William Harper (Kevin Costner), who wants to recruit him.

Fast forward again and our lead is living with Cathy (I guess she does date patients!) and working undercover in Wall Street tracing possible leads to money laundering operations and future terrorist attacks. When he discovers a discrepancy with an important Russian account, he is sent to Moscow to investigate. Turns out, an aging banker (Branagh) with a vendetta against the U.S. is plotting to destroy the American economy, and it’s up to Ryan to stop it. When Cathy accidentally becomes involved, things go from professional to personal.

Featuring a true edge-of-your-seat ending and a lot of babbling techno-speak, Jack Ryan: Shadow Recruit is a perfectly serviceable cinematic statement. It does no disservice to what Clancy established while giving a clueless, contemporary audience a War on Terror reason to care about the character again. Pine’s interpretation is all focus and finesse, his youth and inexperience as a substantive tentpole lead allowing us to see Ryan as something other than a unstoppable superman. Sure, there are bits of Captain Kirk in his interpretation, but for the most part, he plays the part with directness and drive.

Costner is also very good as what Austin Powers would call a basic “Basil Exposition.” There is an underlying hint of menace in what this man represents, but aside from aiding in a mid-movie break-in of a highly secure Russian financial building, his role is there to guide our hero through his first few setups. As for Branagh, he’s the quintessential villain: intriguing backstory; surly approach; easily digestible motive; nothing-to-lose reality. Granted, things get a bit muddled around the hour and fifteen minute mark, but then Branagh the director stages one of those clue-gathering sequences that puts a stop to all the questions and sets us up for the terrific car chases and fisticuffs to come.

About the only thing lacking in Jack Ryan: Shadow Recruit is novelty. Not even seeing the character as a young man is new or noteworthy since both Baldwin and Affleck explored this territory before. No, even in its journeyman like efficiency and solid sense of suspense, this movie is missing… something. Add all the generic geo-politics and computer geek jargon you want, but it takes a real visionary to turn the traditional into something special, and Branagh is solidly old school, perhaps to his detriment. That said, when you consider the crap that comes out every January, Jack Ryan: Shadow Recruit is a clear cut above the rest. Maybe the next installment in this fledgling film series will find the flair to make it more than just a pleasant diversion. 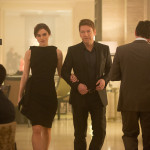 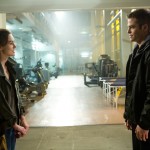 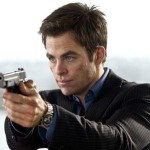