I'm having the paella, how about you?
Buy It From Amazon
Buy It On DVD
Buy It On Blu-Ray
Buy The Book

If YA science fiction can be judged on plot dumps alone, the second installment in the Divergent series, Insurgent, would be the best bit of future shock since Arthur C. Clarke and Stanley Kubrick wondered about the evolution of man and alien intelligence in space. Veronica Roth’s overwritten, underdeveloped ideas might play fine on the page, a place where ADD-addled adolescents need a reason to stay engaged, but on the big screen, such expositional excuses just prove how poorly thought out it all is. From a talisman that only our heroine, Tris (Shailene Woodley), can “solve” to set-pieces reverting back to the first film’s virtual reality tests, there’s just too much sound and fury here, and as Shakespeare aptly put it, it all adds up to nothing.

After uncovering a five-sided rune in the burnt-out home of Beatrice “Tris” Prior, Erudite leader Jeanine Matthews (Kate Winslet, slumming again) is convinced it holds the key to wiping out the Divergent population once and for all. Unfortunately, she needs a particularly skilled member of this outsider sect to “open” it. Cut to Tris, her boyfriend Four (Theo James), her cowardly brother Caleb (Ansel Elgort), and overall spoilsport Peter (Miles Teller) seeking refuge in the hippy dippy community of Amity. There, they talk about what happened before and how they can overthrow this unfair regime.

After being tracked down by Jeanine’s right hand man Eric (Jai Courtney), they decide to return to the city. Along the way, they meet up with a group of the Factionless and their leader Evelyn Johnson-Eaton (Naomi Watts). Turns out, she is Four’s mom, and they are not happy about this particular family reunion. Once it is determined that only Tris can open the talisman, Jeanine does everything she can to “guilt” her into cooperating. Eventually, we find ourselves in a lab with our lead linked up to a massive computer. If she completes the VR tests, the object will reveal its secrets. If Tris is like the other subjects, she will fail… and die.

As it prepares us for the ultimate reveal, as it builds to the moment when Tris either succeeds or fails at opening the message within the ancient object, Insurgent bumbles around blindly, looking for a reason to exist beyond two hours of money grabbing and coat-tailing on the far better Hunger Games. Unlike the first film, which was overloaded with teen angst and adolescent discovery, this is a quest, and a dull one at that. Tris wants revenge, or resolution. Caleb wants to escape. Peter is always plotting and Four just wants to find time to make time with his gal pal. In between, they talk incessantly about the flawed system they live under, battle the most incompetent soldiers in the history of the not too distant future, and play patsy while name actors cock eyebrows and look suspicious.

Again, this all works in book form since it gives the reader fuel for the theater in their mind. In an actual Cineplex, however, it only plays to the devoted, a shout out to anyone who suffered through Ms. Roth’s prose and lived to tell about it. Someone unfamiliar with the whole Divergent universe will find nothing here worth paying attention to, save the last 30 minutes when Tris turns into The Matrix‘s Neo. Before that, the characters will seem simplistic and their motivations even more mindless. As with all dystopian setups, revolution is the answer. How Insurgent gets there is less interesting than exasperating. Much of what happens here could be covered in a flashback or aside, not 20 minutes of actual screen time.

Still, it’s better than Twilight, which is like saying Insurgent is preferable to a swift kick in the undercarriage. It will keep the devoted happy while excluding anyone not already entertained by the obtuse ideas presented in this oft-confusing creation. Maybe the last two films in the series will straighten everything out. If they are anything like Insurgent, that’s not very likely. 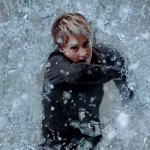 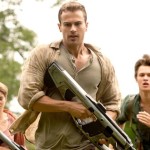 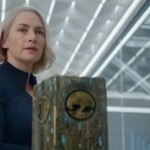 One thought on “Insurgent”