Instructions Not Included
By: Bill Gibron

Beans, beans, the musical fruit...
Buy It From Amazon
Buy It On DVD
Buy It On Blu-Ray

It’s about time Latinos had their own Tyler Perry. What the self-made entertainment juggernaut did for the underserved African-American community (and cross dressing community), Mexican superstar Eugenio Derbez might be able to do for his Hispanic brethren. After all, when it comes to those of Spanish heritage, Hollywood has one archetype (and it’s more Speedy Gonzalez than Frida Kahlo), so someone like Derbez can definitely go a long way in countermanding such a cliche. Instructions Not Included is a great place to start. It’s far from a perfect film, and falls into a weird kind of tear-jerking melodrama at the end, but before it becomes bewildering, viewers will find there’s a lot to like about one man’s transformation from doofus to daddy.

Indeed, Valentin (Derbez) is quite the playboy, spending his days sunning on the beaches of Acapulco and his nights pulling as many foreign femmes as he can. One such lady returns to his doorstep with an infant in hand. Claiming Valentin is the father, Julie (Jessica Lindsay) leaves little Maggie (eventually, Loreto Peralta) with her accidental papa, and, suddenly, our lothario’s life is anything but bliss. Remembering that this particular babe lived in L.A., he makes a pilgrimage to California and ends up a second rate stunt man. All the while, his daughter grows up, and the two become very close. When Julie returns, demanding that Maggie be returned to her, Valentin realizes just how special his relationship with his kid really is – and he won’t give up without a fight.

Instructions Not Included can best be described as an experience made up of known pluses and equally obvious minuses. On the positive side, Derbez’s direction is reminiscent of Stephen Chow, a bit larger than life while mimicking the classic motion picture particulars (broad comedy, physical shtick) involving adults and kids. The scenes with his co-star Peralta have a breezy chemistry that makes the characters easy to root for. We want to see Valentin succeed and make little Maggie’s life special. Unfortunately, Derbez also seems a bit too enamored with Roberto Benigni and his clown-faced mugging school of comedy. There’s also an uneasy marriage of humor with heartbreak that recalls the worst of the Italian Oscar-winner, and Perry for that matter. For most of its running time, Instructions Not Included is a genial laugher. By the end, it becomes a brazen rip-off of Kramer vs. Kramer.

It’s no spoiler to state that Julie returns, looking to make Maggie’s present situation even more complicated. We’ve seen such stuff in dozens of derivative weepers. The only thing that makes Instructions Not Included‘s take on such tearjerkers tolerable is the fact that Valentin and Maggie are practically made for each other. They are two halves of one happy whole and we instantly recognize that if Julie gets her way, three lives will be ruined. But since this is a movie, and logic never trumps a tired plot premise, we get the standard handwringing and heartstring pulling, everything prepped for a viewer to cry their eyes out in hopes of some manner of mandated reconciliation. The only other downside to this is that Derbez is such a slight performer that when he tries to act serious, you can never tell if he’s playing it straight or lengua en la mejilla.

Still, when you consider that most movies aimed at the Hispanic demographic can’t seem to exist without a combination of ethnic slur and the usual Tinseltown suspects, Instructions Not Included deserves respect. It’s not a great film, but for what it wants to do, it’s a decent diversion. 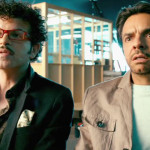 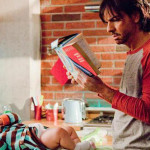 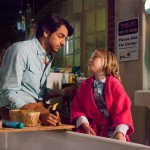 One thought on “Instructions Not Included”