Is it hot in here or is it just gluttony?
Buy It From Amazon
Buy It On DVD
Buy It On Blu-Ray
Buy The Book

Even Robert Langdon, the genius symbologist at the center of Dan Brown’s series of airport novels, might have trouble deciphering what’s going on in the film adaptation of Inferno. The book may have a protracted page count and a lot of superfluous silliness, but at least it painted a clear picture, however trivial and preposterous. Understandably, a lot of the fat is trimmed for the movie, though a lot of the meat, and the meaning, is sliced off with it. So is much of the coherence.

Langdon (Tom Hanks) wakes in a Florence hospital with a nasty head wound and an inconvenient case of amnesia. There’s little time to dwell on his nightmarish visions of hell of Earth (complete with very phony looking flames and rivers of blood) because an assassin bursts into the ward guns blazing. Langdon escapes with Sienna Brooks (Felicity Jones), the doctor treating him.

It all too readily becomes apparent that the Harvard professor has been drawn into a plot by billionaire scientist Bertrand Zobrist (Ben Foster), who believes overpopulation will soon destroy our species. He’s synthesized a plague to cull half of the populace and save the world. Doing his small part, Zobrist leaps to his death in the movie’s prologue, inexplicably leaving clues that lead to the location of his soon-to-be-unleashed virus. It’s up to Langdon to decode the messages in an altered map of hell from Dante’s Divine Comedy and thwart the dastardly plan. Lucky for him Sienna is a more than capable sidekick.

Following the equally limp adaptations of Brown’s The Da Vinci Code and Angels and Demons, Inferno ditches the Catholicism-tinged intrigue for a muddled international conspiracy. The WHO is involved, led by Elizabeth Sinskey (Sidse Babett Knudsen) and her foot solider Bouchard (Omar Sy). A shadowy organization called The Consortium also has a role, which is to clarify any plotting issues with specious logic. Several characters act as explainers, giving long expositional speeches to expose the reasons for various double-crosses. We care about none of it, and even after everything is laid out it makes little sense.

Making the proceedings more soulless, the adventure that leads from Florence to Venice and beyond is more inert than intense. Langdon and Sienna don’t so much decode secrets as they do stumble from location to location and find exactly what they’re looking for without much effort. Genius isn’t really a requirement when there’s Google, which is used to find videos of Zobrist espousing his dogma, among other things. Museum curators and tour guides appear at just the right moments to provide useful information. All we learn from Langdon this time around is the origin of the word “quarantine,” an interesting, yet fleeting nugget.

All that’s really required of Hanks and Jones are alternating looks of curiosity and exasperation. Foster hams it up in all of his scenes, especially in his morbid TED Talk, but there’s not enough there to make us ponder his madness or his brilliance. Everyone else is equally enslaved by the plot, though Knudsen occasionally steps outside the lines of her broadly sketched character to suggest Elizabeth is an actual person with real feelings.

The look of the movie is also dull, with director Ron Howard not taking full advantage of the historic, beautiful locales. Frescos and period ornamentation fade into the pallid cinematography and the only memorable location shot is an overhead look at Venice. Langdon’s hallucinations add a bit of a macabre edge, but aren’t ever truly jarring. Their lack of context also hurts. The Hans Zimmer score, complete with some synth notes that echo John Carpenter, adds momentary bursts of energy that are swallowed up by the tedium.

An inarticulate construct is used solely to get our desperate heroes from point A to B, with needless confusion along the way. The twaddle is made even more pointless with the random introduction of a couple of characters in the final act. Not to give anything away, but if a certain rogue had known to consort with these people all along, which the movie implies, it renders the entire second act unnecessary. The major disappointment with this development is knowing we could’ve been spared most of Inferno. 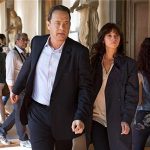 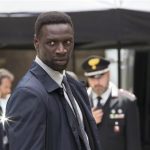 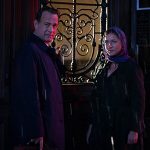