Independence Day: Resurgence embraces being a sequel 20 years after the fact with the same mix of genuine humor and hopefulness that helped make the original a worldwide smash in 1996.

The original Independence Day had the retro feel of 1950s alien-invasion films like The Day the Earth Stood Still and War of the Worlds but without the Communist subtext or the visceral horror. Its ample gaffes — characters kicking open padlocked doors; Earth’s computers syncing seamlessly with spaceships; the Empire State Building exploding in the middle of the street — were forgiven, even smiled at, because of its infectious, can-do spirit.

Thankfully, this sequel has its sensibilities in the same place. “They like to get the landmarks,” notes Jeff Goldblum’s David Levinson, a tech whiz and world-saving hero from the first film.

Framed around an anniversary celebration of the 1996 invasion, the story reunites Goldblum’s character with the earlier film’s President Tom Whitmore (Bill Pullman), along with Judd Hirsch, and Brent Spiner. (Will Smith’s pilot has died before the film’s timeline, but Viveca A. Fox, his onscreen wife, appears in a minor role. The late Robert Loggia, who played a general, cameos.) Sela Ward is the current president as advanced alien technology meets present-day touches: Spacecraft resemble F-14s; hovercraft zoom around the Washington Mall; and workers break for lunch on a moon base with milk boxes.

Defeating the invaders two decades ago inspired peace and fellowship worldwide, leaving the original characters in varied circumstances. Hirsch, as Levinson’s father, hawks a memoir at a retirement community. Spiner’s kooky scientist is in a coma at first. Whitmore is the most haunted, with either nightmares or premonitions of another attack, for which Levinson, now a director of space defense, has helped humanity prepare. Just like in 1996, certain tech turns on to herald the aliens’ arrival, but the script (by five credited writers, including director Roland Emmerich) contains welcome surprises as well as coincidence, providing a reason behind the earlier invasion along with callbacks galore.

Taking 20 years to retaliate makes the aliens a bit slow on the uptake, but never mind. The action and developments come so swiftly that viewers won’t ask a lot of questions or will be grinning too much to care.

Emmerich (the original Independence Day, The Day After Tomorrow, 2012) keeps the action clear and effects cool, like moon dust that swirls around a portal in the stars and skyscrapers that rip from the ground, trailing tendrils of debris. It’s more than all eye candy, thanks to the likeability of the characters. Liam Hemsworth (the Hunger Games franchise) shows charm as Jake, a hotshot who has the risk-taking mindset needed when all hell breaks loose. Maika Monroe (It Follows) plays Patricia, Whitmore’s daughter, with the same relatable sincerity as her onscreen dad. Deobia Oparei (TV’s Game of Thrones), Charlotte Gainsbourg (Melancholia), and Angelababy (Hitman: Agent 47) add refreshing international flair. Newcomer Jessie T. Usher doesn’t make much of an impression as Dylan, the son of Smith’s and Fox’s characters, but he’s playing a straight arrow, anyhow.

Sporting a gray beard and a cane, Pullman still has the warmth and earnestness that proved inspiring in the original. He sounds sound off-the-cuff but hits the right notes, like when he tells his daughter, “I’m not saving the world. I’m saving you.”

By the time pockets of people around the world huddle around short-wave radios to listen to America try to save the world again, Resurgence has cast an entertaining force field — and sets the stage for an interstellar sequel. “No matter our differences, we are all one people,” one character notes, a sentiment that worked just as well the last time and a fine reminder that’s no less true. 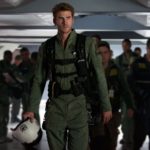 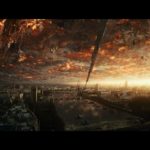 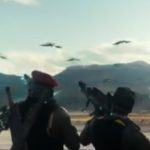