If I Stay
By: Bill Gibron

But if I go, you can have my locker.
Buy It From Amazon
Buy It On DVD
Buy It On Blu-Ray
Buy The Book

For a movie with music at its core, If I Stay sure is tone deaf. It’s a film made by people who have no clue about the various elements they’re working with: punk rock; young love; the ins and outs of relationships; life and death; and perhaps, most importantly, narrative structure. The movie, like the popular YA book by Gayle Forman, uses a near-death main character to tell us about her life previous and her choices now. Director R.J. Cutler drops that plot twist ten minutes in, meaning we know almost everything that’s going to happen for the next 90.

Indeed, right before Mia Hall’s (Chloe Grace Moretz) family is taken from her in a freak car accident, we discover a few plot point basics. Dad (Joshua Leonard) used to be a drummer in a semi-successful rock band. Mom (Mireille Enos) was a groupie. They both left the limited limelight to care for their precocious, cello virtuoso daughter and cute-as-a-button younger son Teddy (Jakob Davies). When said tragedy strikes, only Mia makes it, left in a comatose state which allows her to have multiple out of body experiences and memories of her butterfly-heart past.

Indeed, our still-in-high-school heroine falls madly for a recent graduate named Adam Wilde (Jamie Blackley) who plays guitar in an up and coming combo known as Willamette Stone. He too has crossed stars in his eyes. When she gets a chance to audition for Julliard, he gets grumpy. When his band is signed by a major label and he starts touring, she gets pouty. Eventually, they call it off right before the crash, resulting in a lot of cow-eyed contemplation and hospital bedside vigils.

On the other hand, don’t. If I Stay is a weeper in name only, a movie which never ever earns a single one of the maudlin manipulated emotions it so desperately wants to depress you with. We never care about Mia and Adam, are barely effected by the tragedy that befalls the Halls, and wait around until the information we were given initially syncs up the movie, storywise. Again, before the snow day crash, we understand about Julliard, about the struggle in Mia and Adam’s relationship, and about how our heroine is an introverted dork who doesn’t believe that anyone cares for her. By the time we’re wondering if her vital signs will eventually flatline, we’ve caught up with all this material, and we still don’t care.

For her part, Ms. Moretz is really miscast. She is supposed to be the kind of unlikely attractive girl who is so lost in her musical obsession she doesn’t realize what a smoking hot fox she is. From the moment we see her onscreen, however, she comes across as poised, personable, and very, very pretty. Like they did in the Carrie remake, they hired a true movie star to play a shy, unassuming wallflower. For his part, Blackley may be able to sell his middling musicianship, but as a leading man, he’s lax. He’s just the standard YA stud, the answer to every girl’s dreams while never demanding more from her than lustful longings and some naked canoodling.

In fact, the whole concept behind films like If I Stay is aggravating. Until the crash, the Halls are presented as living the bohemian good life. They appear to have no legitimate problems save for a daughter whose into Bach and Beethoven instead of Bad Brains. The same with Mia. She’s so gifted that the Julliard judges stop snarling to sit up and take notice. Her friends all speak in clever social media bon mots and Adam has somehow managed to make his mediocre sonics into a solid career. If it wasn’t for that darned coma…

Aimed at an audience drunk on their own obvious inexperience, If I Stay will cause many a crying jag. Beyond said bawling, however, it will mostly inspire yawns. 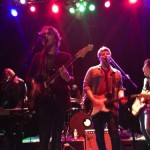 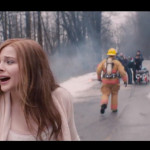 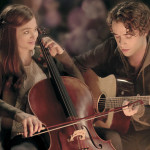 One thought on “If I Stay”