They shoot horses, don't they?
Buy It From Amazon
Buy It On DVD
Buy It On Blu-Ray

It’s a story so old that Moses probably told it to the masses as a preamble to his presentation of the Ten Commandments: a DEA agent named Phil Broker (Jason Statham) goes deep undercover among a drug dealing biker gang, then sees his situation literally explode in his face. Done with doing bad for Uncle Sam, he escapes with his underage daughter (newcomer Izabela Vidovic) to a remote house in the Louisiana bayou. Sure enough, he immediately messes with the wrong redneck family, getting on the bad side of meth whore mother Cassie Bodine (Kate Bosworth) and her sleazy kingpin brother Gator (James Franco). When these backwoods baddies discover who Phil really is, they contact the incarcerated leader of the motorcycle pack (Chuck Zito) who immediately puts a hit out on our hero. Action sequences ensue.

Homefront hopes you won’t mind the abject familiarity of the plot (lifted by star screenwriter Sylvester Stallone from a book series by Chuck Logan) and will, instead, drink in the legitimate local color, the interesting casting choices, and the satisfaction of a last act where our lead appears outnumbered and outwitted, and still manages to mow down his attackers with superhuman efficiency. Even his kid gets into the act early on when a bloated bully riles her up. But because the storyline is so familiar, because its derived from dozens of similarly styled setups and payoffs, Homefront can’t help but feel unnecessary. It’s slightly enjoyable redundancy, but redundancy nonetheless.

In fact, the most interesting thing here is not Statham trying to play father figure or Franco revisiting his Spring Breakers persona (you’ll keep waiting for him to break out in a grill-infused smile and slyly suggest you “look at (his) shit”). No, both Bosworth and co-star Winona Ryder play two sides of the same drug-addicted coin, and they are frightening in their authenticity. The former is especially unnerving, her once-glamorous blonde looks reduced down to a skinny, scabby mess. She has some of the best moments of the movie, convincing us that we’re not watching a standard action shoot ’em up but, instead, a cruel character study about what crystal methamphetamine can do to a seemingly viable human being.

Stallone also sneaks in a few personality beats that speak to his experience within the genre. Statham’s Broker is thoughtful and caring, really connecting with his child on a deep level. On the other hand, Gator is a cipher, stuck muttering things that make little sense and acting in ways that, backwater law enforcement aside, would make him an obvious target for retribution and/or criminal overthrow. Indeed, the character’s sole saving grace is that he’s not a horrifically evil drug dealer. Instead, he gets others to do his intended dirty work, while he yells at his sibling for smoking dope and ignoring her kid.

None of this excuses director Gary Fleder, however. He frequently feels out of his league here. He spends so much time in the laconic atmosphere of the sun-drenched Southern locales that he forgets to inject some energy into the proceedings. The pacing is off, that is, when it isn’t over-amped into quick-cut, overly edited fisticuffs. Only the last act confrontation between Broker, his pal (Omar Benson Miller) and the goons hired to take them out provides the kind of satisfactory stunt spectacle we expect from this kind of story, and yet, even then, Statham seems ancillary to the activity. He’s the main protagonist, but his child and friend get as much screen time as he does.

In the end, fans of the format will probably enjoy Homefront, though it often tries its best to undermine expectations and thwart categorical contrivances. It’s not a great action film by any stretch of the imagination, but when working with something as old as water, you’ve got to appreciate the effort at being different — if only slightly. 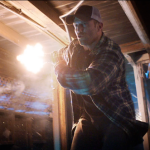 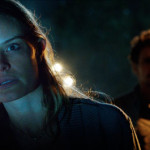 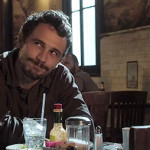