Is this thing on?

Indie filmmakers think the found footage style is easy to pull off. They look at something like Paranormal Activity or The Blair Witch Project, see the low-fi video camera aesthetic, the lack of need for big name stars, and the minimal production costs, and they all think they can do it, too. But it’s actually very hard to make a good found footage movie. Case in point: Hollows Grove, which is a virtual compendium of found footage clichés, all assembled in an unoriginal, lackluster manner.

The movie begins, oddly, with Mykelti Williamson (Forrest Gump) playing an FBI agent. He addresses the camera directly, intoning with great seriousness that the mysterious footage we are about to see has confounded the authorities. We’re then plunged into the proper story, which concerns a group of ghost-hunting reality show stars who investigate an abandoned orphanage. The place has a sufficiently creepy history: Two nurses committed suicide there, and one especially troubled young girl had a penchant for slitting people’s throats. Tagging along for this expedition is a documentary filmmaker named Harold (Matthew Carey) who’s going to record the process of making an episode of the show. Before going in, the group meets with Bill (Lance Henriksen), a special effects whiz who always rigs up their destinations with gags to scare them and make sure they have great footage. Once in the orphanage, though, things start to happen that suggest the place really is haunted, and that the crew may not make it out alive.

Hollows Grove utilizes most of the predictable horror movie gimmicks. In an attempt to generate scares, it hauls out — and you’d better sit down for this — creepy ghost children, a tricycle that moves on its own, a record player that turns itself on, flickering lights, slamming doors, and a TV set that broadcasts static. Even the setting itself is reminiscent of the orphanages and mental institutions that have populated horror cinema for decades. Despite their overuse, these things can still be effective if surrounded by a tight story and interesting characters, as The Conjuring so beautifully proved. But Hollows Grove doesn’t have those things. The story is monotonous, with the team going into one room after another, finding and filming something creepy, then freaking out. None of the characters are developed beyond a surface level, so when they find themselves in peril, you aren’t exactly biting your nails hoping that they’ll survive. Writer/director Craig Efros devises some gruesome shock scenes without finding a way to put anything resembling a unique spin on them or the individuals enduring them.

Perhaps the biggest hurdle faced by Hollows Grove is one that foils many a found footage movie. After a while, it devolves to the point where it’s little more than people running around with cameras and yelling. The whole shaky-cam effect takes over, making it difficult at times to tell exactly what you’re looking at or what’s happening. You just see blurs and hear frantic screaming on the soundtrack. That isn’t exactly frightening, and it certainly isn’t entertaining.

In fairness, production values are decent, with some professional-looking special effects used at key moments. There’s also one legitimately disturbing image of a demon child near the end. Beyond that, there is nothing about Hollows Grove that distinguishes it from the myriad other found footage pictures out there. It’s an exercise in unimaginative tedium.

Hollows Grove is available on demand via iTunes and the official website, HollowsGrove.com. 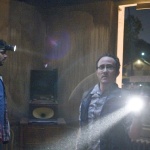 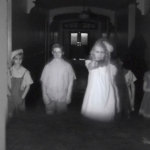 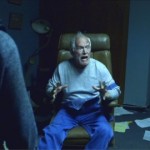