A Haunted House 2
By: Bill Gibron

Once you go doll, you never... um...
Buy It From Amazon
Buy It On DVD
Buy It On Blu-Ray

Have you ever found yourself wasting time, scrolling through a social media site and occasionally clicking on the “amazing” or “shocking” or “hilarious” viral videos people post, only to realize you’ve spent over an hour on such witless nonsense? Well, then you’ve seen A Haunted House 2, sort of. Nothing more than a loose conglomeration of decidedly unfunny sequences spoofing recent horror efforts such as Sinister, The Conjuring, and Insidious, this is another Marlon Wayans wonder, its existence emphasizing the clueless corporate executive who greenlit this disturbingly unnecessary sequel to the equally awful 2013 original.

Beginning where the first film left off (you remember, surely), our hero, Malcolm Johnson (Wayans) has left his demonically possessed girlfriend Kisha (Essence Atkins) in the back of a wrecked car and, months later, has married a horrible harpy named Megan (Jamie Pressly). He’s also become a stepfather to two ungrateful brats, tiresome teenage daughter Becky (Ashley Rickards), and her effeminate brother Wyatt (Steele Stubbins). The latter also has an imaginary friend who swigs vodka and talks like a street thug.

Over time, Malcolm starts to believe that his new home is haunted and that Kisha is still after him. He also has sex with a children’s doll, finds a box of old videotapes with disturbing imagery on them, and is tormented by a evil spirit named Aghoul (get it?). The family itself is plagued by hordes of moths, a butt-kicking chicken, and some less than tolerant church ladies. Eventually, Malcolm calls in paranormal investigators Ned and Noreen Swanson (Hayes MacArthur and Missi Pyle) to help rid them of their curse. It doesn’t work out too well.

Geared toward an audience that finds Twitter too taxing and Instagram not instant enough, A Haunted House 2 is a made-on-the-cheap chore. The so-called jokes are non-PC byproducts of homophobia or racism, with the overall lampoon lacking the bite of actual satire. Instead, Wayans and his co-writer (it seems antithetical to what’s up on the screen to consider that someone actually scripted this mess) Rick Alvarez rely heavily on the audience’s ability to recognize their targets to do the vast majority of the mockery. Just seeing the Annabelle doll from The Conjuring is enough to send some in the audience into “I recognize that” hysterics. Then the pair up the ugh factor by having Malcolm’s character lovingly violate her, over and over again. Ewwww.

It doesn’t stop here. Wyatt is portrayed as one step away from a Pride parade while the gang of church ladies have nothing nice (or normal) to say about interracial couples (or white women in particular). The last act inclusion of the Lorraine and Ed Warren wannabes feels desperate, as does the return of a paycheck cashing Cedric the Entertainer. In fact, most of the film is just like those equally atrocious efforts by Aaron Seltzer and Jason Friedberg (who, oddly enough, got their start working with Wayans on Scary Movie), the clear connection being the illogical use of any pop culture reference available combined with an equally pointless attempt at plot. The only real difference between the two is that Wayans can work the race card, while Seltzer and Friedberg shy away from such minstrel show assaults.

Manufactured on a microbudget and aimed toward an audience unlikely to care about concepts like character or continuity, A Haunted House 2 may think it’s poking fun at the recent rash of genre efforts. Instead, it has a palpable disdain for everything the movies stand for. It’s not entertaining. It’s not engaging. It’s not even energetic. Instead, it plays like a series of shout-outs by individuals with no idea what they’re yelling about. Were it really over the top and repulsive, we might enjoy the scatology. Instead, A Haunted House 2 is repugnant for other, obvious reasons. 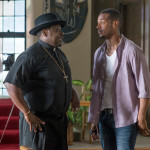 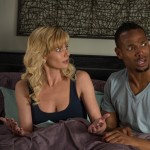 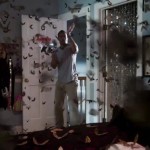