Et tu, Ethan?
Buy It From Amazon
Buy It On DVD
Buy It On Blu-Ray

As perhaps our greatest living American filmmakers, the Coen brothers are known for a lot of things. Comedy, sadly, is not at the top of the list. Sure, they’ve made a few classics in their career — Raising Arizona, The Hudsucker Proxy — but unlike their daring dramas, these films are far from fan favorites. Sure, O Brother Where Art Thou? made some waves, but it was the soundtrack more than the movie that the people responded to.

The Coens brand usually stands for quality — all Intolerable Crueltys and Ladykillers aside — and when Hail, Caesar! was announced, critics couldn’t decide if it was another brilliant move in the siblings celebrated career, or a comedown after their intriguing Inside Llewyn Davis. Well, we’re glad to report that this Hooray for Vintage Hollywood homage is Barton Fink‘s frenzied stepbrother. While it lacks that Palme d’Or winner’s visceral bite, it’s a feast for the eyes and a fascinating flick of the funny bone.

For studio boss Eddie Mannix (a game Josh Brolin), things have never been more confused. He has several PR fires to put out, the biggest being the out-of-wedlock pregnancy of his aquatic musical star DeeAnna Moran (Scarlett Johannson) and the sudden kidnapping of the lunkheaded leading man of his epic Bible pic Hail Caesar: A Tale of The Christ. Indeed, matinee idol Baird Whitlock (George Clooney) is missing, a mysterious group called “The Future” claiming responsibility for the deed.

Mannix also has to deal with demands from the boardroom, including a desire by the suits to see their reigning western hero (Alden Ehrenreich) star in drawing room farce for aging director Laurence Laurentz (Ralph Fiennes). With snippy gossip columnists Thora and Thessaly Thacker (both Tilda Swinton) lurking around every corner and nosy religious types with suggestions for Caesar, this “fixer” maybe unable to remedy this particular set of problems.

Those in the know understand the difference between quintessential Coen brothers and their lesser output. While it’s rare, the duo can occasionally stumble. This is not one of those times. Instead, Hail, Caesar! is an effervescent confection that may lack the pair’s homegrown gravitas, but is plenty enjoyable as it moves from plotpoint A to subplot B. The casting is impeccable, the acting just as good and the film looks like something that might appear on a special “classics” edition of TCM.

More than just their words and ideas, the Coens love “the look” of their films. From Fink‘s dilapidated view of the movie biz, to Caesar‘s literal Tinseltown, it’s all about the detail, and design, and the feel. There are moments here which are as artificial and false as any sound stage backdrop. There are also elements that are lived in and worn. Sure, there are a few jabs at religion and repressed sexuality, and some broader, more goofy bits (Swinton’s twins are borderline cartoonish). Still. Hail, Caesar! is like that cool breeze on a sweltering summer day. You don’t need it to do much more than wash away your worries for a couple of hours, and it does just that.

It also argues for the Coens as masters of the medium. Few filmmakers can go from genre to genre, era to era, and idea to idea as effortlessly as they do. Last time out, it was the burgeoning folk of the early ’60s Village. They’ve done crime thrillers and screwball farce. Outside of horror — and you could easily categorize their Oscar winning adaptation of No Country For Old Men as that — they walk into a world and populate it with their eccentricities.

From the moment Blood Simple hit screens, Joel and Ethan Coen became names to watch. With Hail, Caesar! such attention is rewarded in a way only these supremely talented artists can provide. 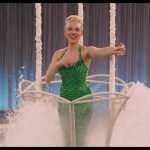 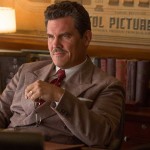 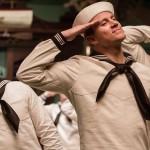