I Give It a Year movie review » Film Racket Movie Reviews

I Give It a Year
By: Blake Crane

Almost playing like an edgy sequel to a non-existent standard rom-com, I Give It a Year burns through a typical feature-length scenario before the end of the opening credits. Handsome guy smiles at pretty woman as fireworks explode in the distance, the pair show off an engagement ring on a gondola in Venice, and stand facing each other in a quaint, immaculately lit chapel to exchange vows. The illusion of perfect romance fades with an ill-timed coughing fit from the priest and is almost completely extinguished when a family member mutters the title phrase just after the couple is announced as man and wife.

It’s an interesting idea to subvert the genre by tracking the potential fall of a couple who moved into matrimony too fast, but writer-director Dan Mazer is only concerned with packing in the punch lines. There isn’t a single scene in I Give It a Year that’s not played for laughs and while often quite funny and nearly insightful, the constant sarcasm and snark leaves no time for us to care. Laughs become chuckles and then finally straight-faced impatience just waiting for the inevitable conclusion.

Our subjects, London couple Nat (Rose Byrne) and Josh (Rafe Spall), get along okay but are out of sync. He’s a struggling author who gets annoyed with her misquoting lyrics to famous pop songs and she’s a marketing professional who gets annoyed with him not taking out the garbage. There aren’t earth-shattering revelations or nuclear meltdowns, but Byrne and Spall do a good job at projecting an air of indifference toward each other. Serving as a harbinger of what may come is the marriage of Josh’s sister (Minnie Driver), who trades mean-spirited barbs with her husband (Jason Flemyng) at a breakneck pace.

Complicating things further are temptations from other potential mates that are obviously better fits. Josh’s ex-girlfriend Chloe (Anna Faris) is still hanging around at dinner parties and laughs at his jokes, which make Nat cringe. Meanwhile, Nat begins working with a client (Simon Baker) who makes no secret of his attraction to her. That Nat hides her wedding ring whenever he’s around speaks volumes. Despite a pretty terrible wig and wardrobe designed to make Faris look frumpy, she’s able to exude a combination of sweetness and sexual desirability. Baker plays his American businessman as a lovesick fool whose charms get a little too desperate to be entertaining or even believable, but are also too tame to be outlandishly comedic.

Coming from the extreme comedy world of Sacha Baron Cohen’s Brüno and Borat as a writer and producer, Mazer shows no signs of acquiring subtlety. Every supporting and bit character is turned up to 11 on the dial. In addition to the bickering couple of Driver and Flemyng are Steven Merchant’s Danny, who shows up at the film’s opening and closing as a cartoonish inappropriate best friend, an openly hostile marriage counselor that Nat and Josh would walk out on after 30 seconds, and a grim lawyer who has trouble pronouncing a certain word. Nothing is made specifically to be overly offensive or off-putting, but the film gets stuck in a middle ground that winds up flat-lining.

Every moment is constructed to make the audience laugh, and to be fair many of them do, but everything is so overwritten it feels unnatural. Jokes piled on top of jokes grows tiresome, and much like the doomed couple at the core of its narrative, I Give It a Year doesn’t know when to take a step back and call it quits.

The Blu-ray of I Give It a Year includes a blooper reel, deleted scenes, two making of features, and cast and crew interviews. 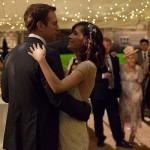 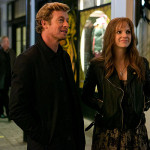 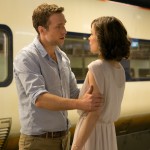 One thought on “I Give It a Year”