We better party now. This tux goes out of style by midnight.

When a film transitions from a real environment to a fantastical one, it usually works in its favor. But in the case of Girl Asleep, the change does just the opposite. Once we enter the dream world of just-turned-15-year-old Greta, the movie loses its way – but briefly. It’s Greta’s real life that carries the film beautifully, a life where she’s the slightly awkward new kid in town sometime in the 1970s, a world in which Rosemary Myers’ directorial debut is sweet and sincere, and occasionally flat-out adorable.

At first, Girl Asleep looks like it’s going to be a Wes Anderson project by way of Napoleon Dynamite. Greta sits alone on a bench at her new school, both curious and terrified, nested within the kind of flat, two-dimensional “diorama” frame Anderson has practically trademarked. As odd little goings-on occur around her – the guy suddenly juggling tennis rackets is a bit much – she’s approached by Elliott, the school dork, a talkative young fellow hiding his desperation to be liked.

Stylistically, you’re expecting snark and irony, right? Wrong. This Australian winner has a kind soul at its center, and Greta becomes best pals with Elliott (Harrison Feldman), even as a trio of mean Stepford teens try to press Greta into joining their clique. When her parents – whose actions and wardrobe ooze 1970s kitsch – insist on inviting her new classmates to a 15th birthday party, all emotional hell breaks loose inside this young lady. As if the confusion of being a teenager weren’t bad enough.

And we feel just about every ounce of this delicate inner turmoil thanks to a remarkably lovely performance from Bethany Whitmore (she voiced young Mary in Mary and Max, by the way). Myers, aware that her young actors can play smartly and with abandon, often has them talk and stare directly into the camera, but never address the audience. That gaze gives us a direct empathy for Greta, but with Whitmore we get more – a peek into her expressions and fears. Her comfort in looking into and through the lens is probably the greatest strength of Girl Asleep.

Getting back to that “asleep” part – it’s the only element that trips up the film. Narratively, it makes perfect sense, releasing Greta into a fantasy she’s imagined since childhood, just as she’s on the cusp of leaving that part of her life. But the action within is flat. It interrupts the character development that makes the film great and thrusts Greta into an adventure in the woods that doesn’t feel particularly engaging or perilous. Eventually moving the dream into other areas helps, but after a few minutes, I was eagerly awaiting the moment she’d wake up.

When Greta does awaken, Girl Asleep is right back on track – you can feel the anticipation waiting to see how Greta’s real issues pan out. The script, written by actor Matthew Whittet, who plays the dad and wrote the original play, does a fine job getting to the heart of what it means to turn 15 and not fit in. Thankfully, not in the Wes Anderson or Napoleon Dynamite way, but in a truer sense that’s befitting of young women and a very talented actress. 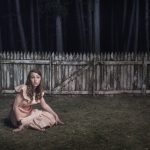 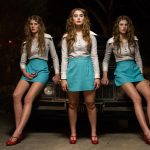 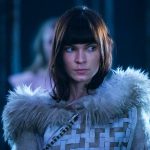