Can you smell what The Rock is destroying?
Buy It From Amazon
Buy It On DVD
Buy It On Blu-Ray

Ever since the Fast and Furious franchise took a left turn away from street racing and into international intrigue and espionage territory, the entertainment stakes have been raised, significantly. Justin Lin, the mastermind behind Fast Five and Fast and Furious 6, has left for greener pastures, with the producers passing the baton to horror master James Wan (of The Conjuring, Insidious, and Saw fame). Those who doubted his action film chops will come away completely satisfied. Furious 7 is an adrenaline-fueled hoot that sacrifices logic for terrific stunt set pieces and constant commentary about “family” for any kind of character development.

Now, Shaw’s equally evil brother Deckard (Jason Statham) is out for revenge, and he wants Toretto and his team dead. Into this mix comes “Mr. Nobody” (Kurt Russell), a recruiter for a highly secret anti-terrorism agency. He will help our heroes defeat Deckard, but first, they need to rescue a hacker named Ramsey (Nathalie Emmanuel) who holds the key to a “God’s Eye” surveillance system. If they can overcome her captor (Djimon Hounsou) and get the program, Toretto will have the upper hand on his enemy. If not, Deckard will be free to take them all out, one by one.

Plot really isn’t important to any Fast and Furious film. Furious 7‘s narrative it really nothing more than a blueprint for the inclusion of eye-popping action sequences, and this film truly delivers on that front. Wan, working with his team of behind the scenes specialists, has crafted some of the most memorable vehicular mayhem in the entire series. We get incredible road chases, car parachuting, a last act high speed battle through the streets of LA, and a skyscraper sequence in Abu Dhabi that has to be seen to be believed. Throw in some close quarters fisticuffs and a nice amount of humor and you have the perfect piece of mindless entertainment to amp up a pre-summer season blockbuster.

Furious 7 does strive for something more, and misses by a single RPM. Rodriguez’s Letty is the center here, still struggling with who she is, and we get a lot of scenes of her and Diesel trying to reconnect romantically. They take up valuable ass-kicking time, as do the elongated, “we’re going to miss you” montages of Walker. Wan does throw in some appealing non-motorized eye candy (including lots of scantily clad women), but, again, all we really want are to get to the satisfying set pieces. In this regard, Furious 7 is sensational. Lin may have the edge when it comes to overall nail-biting thrills, but for his first multimillion dollar attempt at them, Wan comes mighty close. The cast itself is “rock” solid, and the various locations sparkle with a slick, cinematic glow.

Few would have thought that, nearly 15 years ago, a little movie about an undercover cop infiltrating the underground car racing scene would turn into a quasi-superhero franchise where buff characters lift cars, throw opponents through walls, best the most militarized mercenaries on the planet, and singlehandedly take down military helicopters and drones while recuperating from broken bones, but that’s what’s happened here. Furious 7 does the franchise proud and proves James Wan is ready for the popcorn film big leagues. It also leaves us hoping for more four wheel mayhem in the future. 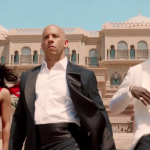 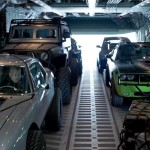 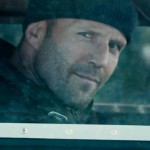