I, Frankenstein
By: Bill Gibron

It was a dark and stormy night. Mary Shelley, along with her husband Percy, Lord Byron, and John Polidori, decided to enter into a little friendly competition. The goal? To see who could create the best horror story among them. After a few days, the relative writing novice dreamt of a mad science who created an inhuman experiment that was an abomination to God. Later published as Frankenstein; or, the Modern Prometheus, it would go on to become one of the benchmarks of Gothic horror and remains as influential today as it was shocking back in 1818.

Then came (more than likely) a studio conference call between actor/writer/comic book guru/Underworld creator Kevin Grevioux and Lionsgate. After the unconscionable success of his vampire vs. werewolf leather fest, sometimes with and often without the nubile Kate Beckinsale in the lead, the studio wanted more of the middling same. Tapping the redundant and ridiculous property that Grevioux devised involving Shelley’s classic character and another supernatural feud (this time, between demons and gargoyles), they greenlit I, Frankenstein. Destined to be one of 2014’s worst films, it’s as hackneyed today as it will be when it finally plays repeated on some unfortunate cable channel.

Aaron Eckhart, who really should have known better, plays Adam, aka Frankenstein’s monster. Even since a run-in with his creator (Aden Young) and his wife (Virginie Le Brun) he’s been wandering the world, going from long haired hobo to buff and toned B-lister over the centuries. Since he has no soul, and was created by man, he is the perfect fodder for Fallen Angel Prince Naberius’ latest plan to displace God. It seems Satan’s subordinate, under the human guise of Charles Wessex (Bill Nighy), has been gathering together the dead and the damned for one last glorious assault against… Heaven? Hoping to stop them are the gargoyles. Led by the lovely Leonore (Miranda Otto), they must thwart the efforts of a young scientist (Yvonne Strahovski ) working to replicate Dr. Frankenstein’s experiments and help Wessex/Naberius achieve their unholy aims.

Like a single scene fleshed out to nearly 90 noxious minutes, I, Frankenstein is a fraud. It has very little to do with Shelley’s serviceable narrative, simply name-checking the characters she created to craft a carbon copy of the $450 million franchise that made Grevioux an industry name in the first place. The plotting is turgid, establishing little about the dreary dystopian universe where all of this twaddle takes place and Wessex/Naberius’ specious scheme is the kind of writer-crafted claptrap that can only come from late nights with a bag of weed, some Doritos, and a group of like-minded friends free associating on a series of “wouldn’t it be cool?” scary movie suggestions. The results reek of too many bong hits and a series of annoyingly insular ideas.

If Grevioux and his studio-assigned adapter Stuart Beattie (who made the far superior Tomorrow, When the War Began) had found a new or novel way of turning the creature into something other than a standard comic book clod, had they manufactured a decent backstory which explained this Good vs. Evil dynamic, we’d forgive the sloppy CGI and nods to previous attempts (Priest, Legion) at making the Bible a paranormal battleground. But all we get is an Underworld placeholder, a hoped-for franchise that fizzles before it even has a chance to cheat the fanboys out of their Xbox One funds.

When it was released back in 2004, Van Helsing became the benchmark for bad monster moviemaking. Stephen Sommers can now breathe a bit easier. With no characters to root for and a central figure who’s more cipher than champion, I, Frankenstein is an I, Failure. 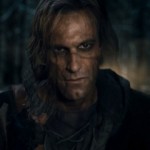 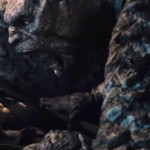 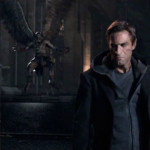 2 thoughts on “I, Frankenstein”