The writing/directing combo of Glenn Ficarra and John Requa got their start in kid vid. They worked for Nickelodeon before branching out into film. Their first produced screenplay was the talking animal nonsense Cats and Dogs before ditching the wee ones and turning up the adult content with Bad Santa and the Billy Bob Thornton remake of The Bad News Bears. When they finally got a chance to helm their own work, the result was the criminally under-appreciated I Love You Phillip Morris. This lead to the slick, slight Crazy Stupid Love, and now this latest from Will Smith, Focus.

The duo’s creative origins are important since Ficarra and Requa infuse everything they do with a childish glee that the trappings of wealth or an exotic locale can’t wholly cover. Even as their actors sizzle in sun-drenched backdrops and designer fashion, they find the fun within such false fronts. Like Phillip Morris, the subject here is the con game. Instead of using a real life subject, however, the guys have created a clever, classy commercial confection that will leave audiences beaming and critics (somewhat) content with the smart, satisfying approach.

The story centers around a con man named Nick Spurgeon (a terrific Will Smith) who grew up in the game. He makes his money through volume, hiring dozens of pickpockets, hustlers, and grifters to travel around the country, usually to Big Events (Super Bowl, World Series), and steal as much as they can. One night, while out to dinner, he stumbles into wannabe flim flam artist Jess Barrett (Margot Robbie). They quickly become partners. After a successful week in New Orleans, Nick gets cold feet and sends his new protégé on her way.

Fast forward three years and our hero is working in Buenos Aires for Grand Prix race car owner Garriga (Rodrigo Santoro) who wants to scam the competition. Nick agrees, but we soon learn that there will be a spanner in these particular works. Jess turns up on Garriga’s arm, and soon, the entire situation is spiraling out of control. With the help of his hefty tech partner (Adrian Martinez) and his own intuition, Nick tries to find a way out of this possible problem while maintaining the million-euro setup in the process.

The keyword for Focus is fun. Even while everyone involved are taking things very seriously, the audience enjoys the journey. They laugh along as Robbie learns the ropes and respond to the numerous twists and turns in the script with devious glee. This is a movie, an amusement, not some somber statement about the con game a la 1990’s The Grifters or any number of outside-the-law dramas. In fact it’s really more of a rom-com, the meet cute elements revolving around lifting watches, boosting wallets, and catching adulterous married marks in compromising (and therefore, enriching) positions.

Smith and Robbie have an instant, easy chemistry and their scenes together sparkle with a combination of wit and wanting. We root for their eventual reunion, and hope that things can work out so that they can be together in the end. As the “villain” of the piece, Santoro doesn’t do much except set things in motion. His big moment comes when everyone’s cover is finally blown. Around the edges are other great performances, especially Gerald McRaney as Garriga’s right hand man, and Martinez as Nick’s hacker pal. In the end, however, this is really a dance between Smith and Robbie, and they accomplish quite a bit with just a look, or a laugh.

Ficarra and Requa shine just as brightly, their unusual perspective turning the familiar and the formulaic into a true entertainment. Sure, some things don’t make sense and even the most carefully plotted con game has a few logical issues, but for the most part, our filmmakers find a way to make it believable. More Phillip Morris than Crazy Stupid, Focus is a late winter season surprise. 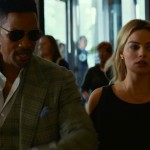 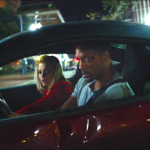 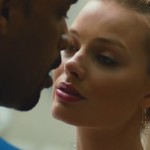