About halfway through Flower, 17-year-old Erica (Zoey Deutch) tells another character, “As you can tell, I have major daddy issues.” We can certainly tell from the opening scene, in which her friends record her fellating a police officer, the latest in a string of blackmail targets used to raise funds to bail her absentee father out of prison. Or from the “Daddy” t-shirt she wears to the supermarket to hook another mark.

Deutch, in the latest of a string of great performances, provides balance to the film’s self-reflexive, dark coming-of-age comedy. With material that could test our patience and the limits of credibility, she gives nuance to the charming-yet-quarrelsome, smart, and potentially dangerous teen. She, and the strong cast around her, add depth to the buoyancy of an uneven script, make sense of all the tonal changes, and infuse Flower with more than enough vivacity to keep us interested in the misadventure.

Erica’s outwardly contented existence of extortion via promiscuity, sharing quips with her mom/friend Laurie (Kathryn Hahn), and ogling the “hot old guy” (Adam Scott) at the bowling alley is disrupted by the increased presence of Laurie’s geeky boyfriend (Tim Heidecker) and the arrival of his son Luke (Joey Morgan). Overweight and emotionally damaged, Luke comes to stay with the family after being released from rehab. After his first panic attic, Laurie bribes Erica to be nice to him, hammering home the detached, business-like nature of the teen’s relationships. As friendship and understanding blossoms between the two, Erica learns the source of Luke’s trauma, which just happens to be the older guy she’s crushing on.

Flower deftly plays with touchstones of angsty teen stories, refusing to rely on them sell the drama. Erica’s fight at school comes complete with somber notes on the score, but the hostility is dropped in the next scene and shrugged off by Laurie, Hahn fantastic at being simultaneously amiable and ill-advised in her parenting methods. The discovery of a notebook full of penis drawings comes with an empty comedic threat to go back to the psychiatrist.

Director Max Winkler never fully foreshadows the twists and turns, even when the deceptively straightforward-seeming revenge plot kicks in. Flower is tough to figure out, disrupting genre norms and keeping us engaged with its quirks. The look of the film, emanating a softly lit, washed-out SoCal vibe, also acts as a subversion.

The script is a little rough around the edges in its coarseness and occasionally clunky in how it disseminates exposition – Heidecker, great at doing dorky without going over the top, can’t save an awkward shoehorned-in explanation of Luke’s history – but the general mix of poignance with worrisome character traits and story developments works.

The irreverent handling of weighty issues comingles with a bubbling, underplayed emotional consequence that explodes in a wacky final act. As things get weirder and darker, the costs of Erica’s free-spiritedness become more apparent and break down the facades. Deutch is a bold, amazing guide through the unorthodox tale, which feels like it’s still gaining momentum as it comes to a refreshingly unnatural end. 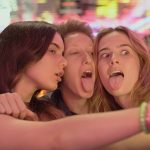 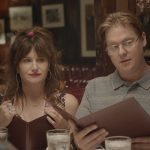 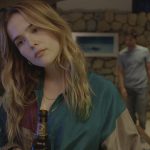