10 Films That the Critierion Collection Should Release
By: Bill Gibron

We all have one — a private wish list of films that we hope get the full-blown special edition home video treatment. Thanks to technology, a wealth of specialist distributors, and a fan base eager for more and more movie trivia, almost every known catalog title has been presented with a bunch of contextual bells and whistles. Still, for this particular list, we go one step further to find ten films that need the ultimate in digital rediscovery — a Criterion Collection release. The preeminent preservationist label, known for bringing the classics to a commercial crowd, has recently expanded into more a modern mode. While they’re add it, we’d suggest tackling these tricky pics as well. Our wish list, ordered by year of release: 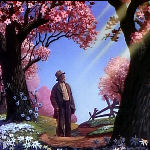 If the Criterion Collection could resurrect the reputation of something like Salo, why shouldn’t it be able to put the overt racism of this beloved House of Mouse “classic” into proper perspective. Difficult movies like this, featuring subject matter that calls into question our contemporary cultural beliefs, demand respect and revisiting, but only if given the chance to be defended and/or castigated. No one does such aesthetic byplay better than  this home video bellwether.  Disney should drop the charade and let them tackle this title ASAP.

Rumor has it that there is a longer, darker cut of this classic Elaine May comedy sitting around somewhere in a studio vault. Apparently, audiences didn’t like the idea of star Walter Matthau as a mass murderer killing for cash. Under pressure, the complicated comedienne/filmmaker ditched said narrative and sweetened things up. Then she more or less disowned it. Too bad, really. It remains one of the great ’70s laughers, with a legitimate legacy outside of its origins. A side by side release is mandatory. 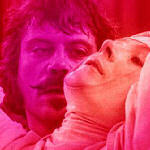 The late Ken Russell remains one of the most criminally overlooked and misunderstood moviemakers ever. Often criticized for his cinematic excesses and narrative larks, he remains a powerful voice in a medium that needed his creative chaos to pull itself out of the dark ages. Of all his efforts — and dozens deserve the Criterion treatment — this would be top of the list. A blasphemous slam on religion and authority, the unrated version stands at the center of his constantly controversial career. 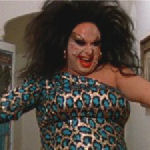 Yes, there was a laserdisc release of Pink Flamingoes, but this amazing movie goes beyond bad taste and shock value to become the best thing John Waters ever committed to celluloid. Bold, daring, delightfully campy, and seriously deranged, this story of a portly, scarred supermodel and her rise to prominence as both a pin-up and serial killer straddled the fine line between truth and tabloid, resulting in a film so funny, so fresh, and so freaky that only Criterion could corral it. 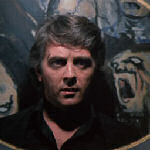 Horror doesn’t get enough love from the preeminent film preservationists – especially foreign fright films. Here is an example of an auteur on equal footing with his more famous Master of Suspense mentor, and still Hitchcock gets more hallowed home video treatment. Argento, who has at least five more films that could be added to this list, is a solid stylist, finding inventive ways to make his fear into daunting artistic flourishes. This is his mid-’70s masterpiece. 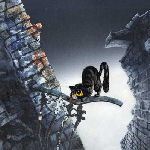 Does Criterion even do animation? Sure, there were a few Disney laserdiscs back in the day, but, for the most part, these titles are passed over for obscurities in the oeuvre of often unknown international artists. In this case, Bruno Bozzetto’s lampoon of Fantasia would be perfect to introduce Western audiences to the various outstanding pen and ink offerings from overseas. It’s funny, flippant, and above all, full of material worthy of scholarly overview. 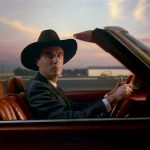 Dense to a fault and filled with elements that can be contextualized for days, David Byrne’s attempt to broaden the Talking Heads sphere of influence to a new medium suffers from the inevitable music video comparisons, but at its heart there’s a story of misfits who find solace in their individual idiosyncrasies. Besides, the music is amazing, and Byrne’s eye steers clear of the typical to show us another side of small town Texas life.  A forgotten gem treated unfairly by its own studio (Warner Bros.). 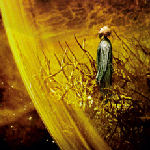 Darren Aronofsky’s meditation on what it means to be mortal, this often ridiculed masterpiece remains elusive in both narrative and nature. So Criterion is the perfect place to allow the elusive filmmaker to explain himself. There’s already a complex commentary out there, and with the free association interpretations that have followed since its release, there’s essay material a-plenty. As with other misunderstood efforts, these astute preservationists have proven they can cast a light on even the most insular films. This should be among them. 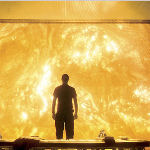 The post-modern answer to Kubrick’s 2001, this amazing movie from the equally electrifying Danny Boyle proves that, all Oscars aside, the man never fails to engage and intrigue. This story of a doomed spaceflight (a ship is sent to “jumpstart” the sun, lest it die out completely and kill off everything in our solar system) poses big questions, and offers them within a whiz-bang F/X context. (Sound familiar?) If Kubrick was considering man’s place in the universe, Doyle addresses our duty to it. 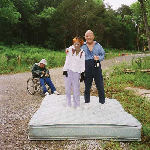 Harmony Korine’s crackpot inside joke plays like a piece of evidence from a pervert’s long forgotten private shock video collection. The premise — a group of masked individuals take videos of themselves “violating” various garbage cans around town as part of some larger, laughable purpose — provides the perfect anti-cinema statement for a company that claims to champion all artistic expression. The packaging could mimic the VCR set-up, while the added content could try to explain the real meaning behind the movie (key word being “try”).