A little over halfway through the screening of 1928 silent comedy Show People at this year’s TCM Classic Film Festival in Hollywood, the fire alarm in the Egyptian Theater went off, and as the lights in the theater came on, the picture stuttered and then went dark, and pianist Ben Model stopped playing his live accompaniment. It was about as abrupt a jolt as possible back into the real, modern world, but even that kind of interruption (thankfully, just a false alarm that was quickly resolved) couldn’t break the spell that is TCMFF.

In its ninth year, the festival was bigger and more popular than ever, with massive crowds at nearly every screening I attended, and it’s gratifying to see so many people, in a wide range of ages, dedicated to experiencing classic (or just vintage) films on the big screen. In my seventh year attending, nothing wowed me quite as much as some of the discoveries I’ve made in the past. But one of the great things about TCMFF is that pretty much every movie is worth seeing, even if it isn’t very good, for the amount of historical and cultural value it provides, and for the informative and entertaining introductions and discussions from TCM staff and guests.

Show People turned out to be my favorite film of the festival, unplanned intermission aside, and it’s always a treat to see silent films with live musical scores. Amazingly, even 90 years ago, Hollywood was already making movies satirizing itself, complete with celebrity cameos and self-deprecating jokes. The story in Show People is a bit predictable, with Marion Davies as a naive ingénue who comes to Hollywood and forgets her roots after becoming a big star, but it’s full of clever bits, some fun slapstick, and a number of amusing performances, especially from Davies. And it effectively anticipates elements of nearly every showbiz parody for the next century.

While Show People is relatively tame, other pre-Code movies I saw at the festival were a bit more risqué. Movies from before the Production Code was implemented in mid-1934 are always a hot ticket at TCMFF, and one of the most enjoyable movies at the festival, 1934’s Finishing School, had two sold-out screenings with numerous people turned away at each one. The entertainingly racy movie is the 1930s version of a teen sex comedy, starring Frances Dee as a rich New York City teen who’s shipped off to a girls’ school in New Jersey and learns all about smoking, drinking and hooking up thanks to her saucy roommate (Ginger Rogers, stealing every scene she’s in). Dee and Rogers make for a wonderfully sharp-tongued pair, and the movie celebrates the independence and maturity of young women in a way that Hollywood movies struggled to do under the Code.

I saw two other pre-Code movies that embraced their naughtiness, although both were a bit more uneven than Finishing School: 1932’s Blessed Event stars Lee Tracy as an amoral gossip columnist who gleefully ruins people’s lives, almost never feels bad about it, and ends the movie by vanquishing his greatest foe, getting the girl, and avoiding any consequences for his dastardly behavior. It’s admirably cynical, although a bit too hyperactive and unfocused.

In 1931’s Girls About Town, Kay Francis and Lilyan Tashman play a pair of, essentially, high-class escorts, who entertain wealthy clients for their employer. Francis gets the slightly duller role of the girl who falls in love with her latest mark (played by Joel McCrea) and decides to go for a respectable life. But Tashman is fabulous as the shameless party girl who lives by her own moral code, and the direction from George Cukor includes some impressively creative visuals, along with sensitive portrayals of characters who could easily be depicted as cheap harlots.

The festival also revived early examples of Hollywood social activism with the 1944 World War II drama None Shall Escape and the 1949 adaptation of William Faulkner’s novel Intruder in the Dust. Produced before the end of World War II, Escape accurately predicted the outcome of the war and the existence of post-war tribunals for Nazi commanders, with its story of a fictional SS officer on trial for war crimes. It’s a bit heavy-handed at times, but it’s unflinching in its depiction of Nazi atrocities, and it makes sure to give even the despicable central Nazi character (strongly played by Alexander Knox) complex, albeit sinister, motivations.

In Intruder in the Dust, set in in the American South, proud, independent black man Lucas Beauchamp (Juano Hernandez) is arrested for a crime he didn’t commit, accused of murder and targeted by a lynch mob practically before he can even be formally charged. Although the story focuses on a white teenager (Claude Jarman Jr.) and his lawyer uncle (David Brian) who help exonerate the wrongly imprisoned man, it doesn’t let the “good” white people off the hook for their racist attitudes, and it spends enough time with Lucas to make him a real character, with his own flaws, rather than an empty symbol.

And then there was The World’s Greatest Sinner. TCMFF does a great job of highlighting important cultural milestones and presenting lost masterpieces that deserve to find new audiences, but the festival also dredges up some really weird stuff. The only movie written and directed by eccentric character actor Timothy Carey, Sinner is the 1960s equivalent of something like The Room or a Neil Breen movie, a totally bonkers piece of outsider art. Carey casts himself as an insurance salesman who becomes a combination cult leader/rock star/politician, literally taking on the name God. Like the best terrible movies, Sinner is completely incompetent but also completely mesmerizing. It’s never been officially released (the festival showed it courtesy of the late Carey’s son, who gave a rambling intro), which means that TCMFF was one of the only places for an audience to see it. That kind of unique experience, the thrill of visiting a relatively uncharted area of cinema history, is what attending TCMFF is all about. 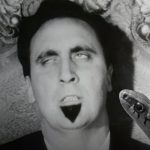 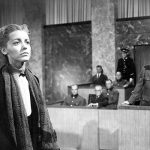 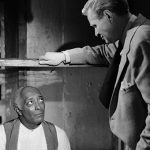 Intruder in the Dust 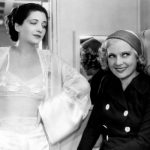 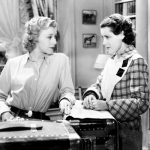 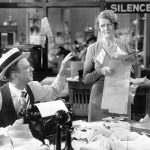