Fetus, do your stuff
Buy It From Amazon
Buy It On DVD
Buy It On Blu-Ray

David Lynch is one director who used to provoke fistfights amongst film critics. Was Lynch the idiosyncratic artist of the age and director of such masterful works of film art as Blue Velvet and Mulholland Drive? Or was he a charlatan huckster (an artist with his own line of signature coffee – “It’s all in the beans and I’m just full of beans”) and director of movie kitsch like Wild at Heart and Inland Empire? Now that Lynch has apparently settled upon developing his website, offering cooking recipes, and backtracking to his art work, it’s all nostalgia and a moot point. That is up until now, with the Criterion release of Lynch’s first film, Eraserhead, his “dream of dark and troubling things.” The conversation has now become relevant again.

Eraserhead is an artistic tribute to the bleakness of Philadelphia. Shot in an exquisite black and white permanent twilight by Frederick Elmes and Herbert Cardwell, with a dense unrelenting sound design of low machine murmurs, mournful hollow wind, and electrical connections on the fritz, Lynch depicts a barren and hopeless post-apocalyptic landscape of the living dead. As one character states in the film, “I’ve seen this neighborhood change from pastures to the hellhole it is now.”

Sneaking back and forth to his apartment from his job as a printer is Henry Spencer (John Nance in an iconic role) whose drudgery is disrupted when he is invited to dinner by the parents (Allen Joseph and Jeanne Bates) of his spastic girlfriend Mary (Charlotte Stewart). At dinner, he is informed that Mary had a baby (actually a fetus) and that Mary and Henry should be married, pick up the little shaver from the hospital, and take care of it. That they do. This results in Henry undergoing repulsive dreams and hallucinations, having sex with the sultry woman who lives across the hall (Judith Roberts), and imagining a life with a puss-faced blonde girl (Laurel Near) who lives in Henry’s radiator. She sings ditties (“In Heaven… everything is fine.”) and steps on umbilical cords.

Lynch is masterful in this first film in controlling his images and achieving startling effects, like an underground Stanley Kubrick. And the first half of the film plays like a sick black comedy Your Show of Shows, with Henry and Mary as manic-depressive versions of Sid Caesar and Imogene Coca. Lynch also has a wonderful way with the dialogue – mundane conversations like Harold Pinter in slow motion:

“I’m very pleased to me you.” Long pause.

And this section of the film is a perfect amalgam of dream/nightmare and black/sick satire.

But, as with most Lynch films, the second half becomes obscure and murky when the dreams take over and subsume everything. After that the film becomes the kind of film where in the old days of the midnight movies most of the audience would then light up the weed. Some would say that Lynch has painted himself into a corner and the easiest way out is to layer on the hallucinations and lapse into catatonia rather than address the issues at hand. Others would say that Lynch reaches the heights of profundity and art that transcends mere movie making. And with incomprehension it all points to the eye of the beholder. As Lynch himself remarks somewhat archly in a trailer for the film, Eraserhead demonstrates that there is an “all pervading happiness underneath everything.” Huh?

The Criterion edition includes five short films by Lynch, two film trailers (one with Lynch sitting on a sofa flanked by six Woody Woodpecker dolls), revisits to the sets and locations with cast and crew members, and recent interviews with Catherine Coulson, Charlotte Stewart, Judith Roberts, and Frederick Elmes. Lynch himself narrates a full-length documentary on the making of Eraserhead from 2001. A fat booklet features an interview with Lynch from 1997. Lynch also offers handy tips for calibrating your TV set in order to watch his film. 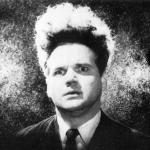 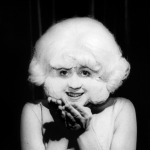