Bring salt.
Buy It From Amazon
Buy It On DVD
Buy It On Blu-Ray
Buy The Book

You can’t con kids. Don’t promise them the animated adventures of cutesy little characters when you really intend to deliver a borderline adult action adventure. That’s the problem facing the makers of Epic (aside from the primed-for-criticism title). Reminiscent of the reasonably well-made Legend of the Guardians: The Owls of Ga’Hoole, this tale of benevolent little creatures living deep in the forest and their battles with the rotting Boggans has an aura of ambition that will fly directly over the heads of those expecting anthropomorphic animals and pop culture goofiness. It still panders, but it does so within a strategy of seriousness guaranteed to bore the post-diaper demographic to death.

After her mother dies, Mary Katherine (Amanda Seyfried) goes off to live with her nutty professor father (Jason Sudeikis) in the middle of a wooded wonderland. He is convinced that a race of tiny people live deep in the forest and he’s spent his life in the obsessive pursuit of same. Our heroine, who prefers to go by the handle “MK,” decides she can’t take her dad’s purposeless pursuit of his theories and plans to leave. Little does she know that her departure is timed  to coincide with the Leaf People’s ritual of rebirth. The Queen (Beyonce Knowles) is picking a successor, and when she gets in the way, our heroine is instantly miniaturized.

Now, living among the enchanted beings, she learns that they are plagued by the dark desires of the Boggans, and their villainous leader, Mandrake (Christoph Waltz). He wants to stop the Queen, leaving the fertile kingdom defenseless against his mold and rot. Luckily, the last magic act of Her Majesty is protected by head Leaf-Man warrior Ronin (Colin Farrell). Along with MK, a novice apprentice (Josh Hutcherson) and two snails named Mub (Aziz Ansari) and Grub (Chris O’Dowd), they must travel to the mystical Nim Galuu (Steven Tyler), a caterpillar who will make sure the ritual is a success. Naturally, while her dad searches for her in vain, MK gets mixed up in the war between the good of nature and the nastiness of the Boggans.

Epic isn’t. It’s nice and noteworthy for trying something different in the consistent, cookie cutter genre of family films, but it sets itself up for failure time and again. Though William Joyce’s The Leaf Men and the Brave Good Bugs  inspired this story, only a few characters remain. The rest is original — and not very, at that. This is a movie that’s not quite sure what it wants to be — a piece of fairytale fantasy, a humorous family drama, a collection of cool 3D chase scenes, or a broad comic compilation of slug jokes. By mixing them all, and then adding voice work that’s uninspired and often pedestrian, the result is a overlong endurance test guaranteed to give the kids the fidgets.

Some of the more curious might connect to the cause, or see something awe-inspiring in the big vs. little worlds. But for the most part, director Chris Wedge (Ice Age) is too busy juggling contradictory concepts to get anything to gel. This makes Epic more aggravating than anything else. It inspires when it cans, and even elicits a laugh or two when called upon. But there is no wow,  transcendent magic to make it memorable.

Instead, like any journeyman piece of merchandise, Epic sets itself up to be the under-10 alternative to anyone needing 90 minutes of downtown from the underlings. It will probably make money. Making memories is another story all together. 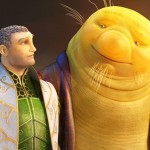 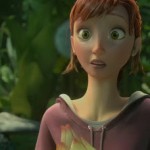 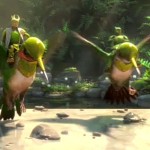