Furrow your brow once for yes, twice for no.

Back in the old days, they were called “marriages of convenience.” They were used when property needed to be protected (damn those arcane inheritance laws), interpersonal controversies (like pregnancy) needed to be quelled, and illegal acts (like homosexuality) required hiding from prying eyes. For the characters in Effie Gray, there are hints that, perhaps, the marriage between the title character (a dull Dakota Fanning) and her much older paramour (Greg Wise) is a sham, used to protect him from the wagging tongues of the Victorian era art scene. In the end, however, it appears that he is merely a pathetic pawn in his parents’ (Julie Walters, David Suchet) plan to dominate him.

The Ruskins are indeed an oppressive lot, making their son John’s marriage to Effie all the more uncomfortable. They browbeat her mercilessly and argue that someone of his stature (he is a well known art critic, painter, philosopher, and philanthropist) deserves better. He also shows no desire to consummate his marriage. This sends Effie first into the confidence of a patron, Lady Eastlake (Emma Thompson, who also wrote the script), before she begins to have feelings for Pre-Raphaelite artist John Everett Millais (Tom Sturridge). Still a virgin, she then seeks legal advice on how to have her marriage annulled.

Insomniacs should seek out Effie Gray if only for the sound night’s sleep they will get after experiencing this inert snooze-fest. Rumor has it that Ms. Thompson spent two years fighting allegations of plagiarism (which she won) before this film could be released. In reality, distributors were probably more wary of the ancillary legal challenges they’d face upon releasing such a potent sedative. With a cast that includes Thompson, Robbie Coltrane, Derek Jacobi, James Fox, and Claudia Cardinale, you’d assume the acting would save the staid story. It doesn’t. It only illustrates how out of their depth Mr. Wise, Mr. Sturridge, and especially Ms. Fanning are. A deer staring directly into an oncoming cars headlights register more real emotion than our female lead.

And then there’s the main narrative, a tale of two mismatched marrieds who never provide us with a proper reason for their need for nuptials or their eventual negative attitude toward each other. Ruskin is either closeted or just asexual, so when he reacts with disgust at the notion of bedding his bride, we question the reason why he married her in the first place. Similarly, for a sex-starved woman who needs physical intimacy (apparently), Gray is given over to nothing more than fits of outraged ennui. By the time we get to court, we just want this waste of a relationship — and movie — to be over.

The fact that Oscar-winning screenwriter Emma Thompson authored this generic junk is even more stunning. She’s smarter than this, and her script doesn’t have the subtext to turn it from a bland bodice ripper into a statement of some sort. You’d expect a bow to feminism (put-upon female with no real rights struggles to stand up for herself) or, at least, sexual liberation. But instead, we get a lot of cloying conversations and dead-eyed staring from Fanning. Indeed, she is the worst element here, a very modern actress who can’t tone down the contemporary to play someone from the past. As we critics call it, she can’t pass the “Hark!” test.

All of these issues aside, the biggest problem with Effie Gray remains the story itself. We keep waiting for the other shoe to drop. Instead, what’s clear is that there is nary another piece of footwear to be found. Perhaps in the hands of someone like the late Merchant and Ivory, we’d find ourselves more invested in this material. As it stands, this boring bit of pseudo-history should have stayed on the shelf. 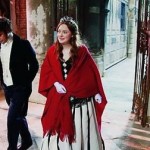 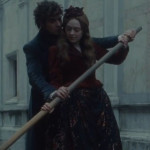 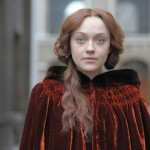 One thought on “Effie Gray”