Emo Phillips explains it all for you.

In this new Trump era of a Dice Clay President and bully pulpit bull, standup comedy has more relevancy than ever, at least in terms of political discourse and people interested in a greater understanding of the American presidency may find it more rewarding to read Richard Zoglin rather than Michael Beschloss. As such, documentaries on the craft of stand up comedy will become Rosetta stones of interpretation.

The first salvo in the essence of stand up is Paul Toogood and Lloyd Stanton’s Dying Laughing, a documentary examination of “the agony and the ecstasy of making people laugh.”

Dying Laughing positions an impressive legion of stand up comedians who are seen shot in black-and-white in front of a background screen, sitting in a director’s chair and pontificating on the whys and wherefores of the hard knock life as standup comedians. The number of comedians at Toogood and Stanton’s command is awe-inspiring. I counted over sixty comedians including Chris Rock, Billy Connolly, Jerry Seinfeld, Sarah Silverman, Kevin Hart, Rick Overton, Jamie Foxx, Steve Coogan, Gary Shandling, Jerry Lewis and, even, Emo Phillips. And still many comics are left out. This onslaught of standups is the most jaw-dropping aspect of the film.

The comedians testify as if in a Baptist church and immediately characterize their chosen profession as a religious calling. Seinfeld says stand up is “beyond art.” Connolly claims, “Only poetry comes up to the same level.” Rock declares, “We are the last of the philosophers.” But leave it to Jerry Lewis to explicitly equate stand up with God, declaring that under the right circumstances stand up comics achieve “the hallelujah moment.”

But then Toogood and Stanton quickly descend from Mount Sinai and, linked by color montages, the comedians killingly talk about the grueling, repellent and horrific life of working at their craft: the terrors of doing your act for the first time on stage (Seinfeld calls the audience “a dead, solid, quiet room of unhappy people and you have to start from that”); developing your jokes and comedy style (Kevin Hart logs random jokes on his cell phone as does Grant Carter, who reads one – “My family is tighter than a white pussy. That one’s fucked up. I shouldn’t have read that out loud.”); handling crowds and developing a comic rhythm; a mind-killing segment of life on the road featuring a montage of barren highways and seedy neon restaurants and clubs (The Big Hot Pastrami is Back!, The Belly Room) that look like outtakes from a Wim Wenders road movie; dealing with hecklers (Steve Coogan speaks about patrons throwing chairs at him and one comic complains that “you never see a heckler during a TED talk”); and having bad nights and bombing (Sarah Silverman does a great impression of a bomb dropping and exploding and another comic states that “not doing well as a comedian is an existential crisis”).

There is much that is missing from Dying Laughing. At no time do Toogood and Stanton show the exhilaration of the comic performance (Jerry Lewis’s “hallelujah moment”) and show no clips of any comics on a roll. In Dying Laughing there is a lot of dying but no killing.

There is no sense of who these people being interviewed are or what makes them great comedians. The testimonies could just as well be a collection of baristas from Starbucks talking about a rough Saturday night. For a film dealing with comedy, Dying Laughing is relentlessly down beat.

Seinfeld at one point defines comedy as “a result of your ability to withstand self torture.” This may well apply to the viewer who watches Dying Laughing. The next time you watch towering standups like Bill Burr, Lewis Black, or Donald Trump, recalling this film may well make you burst into tears. 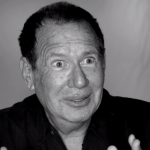 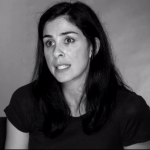 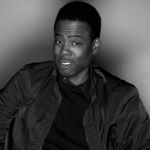