Perhaps you were expecting Bela Lugosi?
Buy It From Amazon
Buy It On DVD
Buy It On Blu-Ray

Blame Marvel. Blame Stephanie Meyer and her sparkly Goth-Rom ridiculousness. Blame Stephen Sommers and his Mummy movies, Zack Snyder and 300, and the recent obsession with George R. R. Martin’s 18-year-old fantasy epic. Whomever you curse, save the loudest blasting for Universal, which has decided that, Avengers-style, it will reintroduce its classic movie monsters to a post-millennial world a la Iron Man and Thor. At least, that’s the purpose behind Dracula Untold. Hoping to launch its own billion dollar multimedia franchise on the backs of famous fright icons like Frankenstein, the Wolfman, and a certain Vlad the Impaler, we are supposed to get a series of origin films building up to an eventual creatures-coming-together feature. Based on this awful entry, such a reunion will be a very long time off, if at all.

Dispensing with anything possibly horrific, we are instead transported back to the 1400s, where Prince Vlad (a completely wasted Luke Evans) rules with benefice and honor. Having spent his youth in service of the tyrannical Turk, he has sworn he will never allow such despotic ideals to rule his kingdom. Now settled with a porcelain wife (Sarah Gadon) and a precocious son (Art Parkinson), his people love him… that is, until the Turk returns, this time in the guise of former “brother in arms” Mehmed I (Dominic Cooper). Demanding 1000 boys for his army, including Vlad’s own offspring, this villain won’t take no for an answer. So Vlad heads off into the mountains to make a deal with a devilish vampire (Charles Dance). Given the power to defeat the Turk, he has three days to avoid human blood. If he does, the curse is lifted. If he doesn’t, he is doomed for eternity as one of the undead.

Nothing more than an episode of Game of Thrones gone gangrenous, Dracula Untold takes a big stinking wiz all over everything Bram Stoker started with this sexed-up Victorian take on Carpathian folklore. Gone are the subversive undertones of the original novel, replaced by a desire to turn everything into a stunted excuse for sword and sorcery. At 88 minutes, it’s excruciatingly dull, really nothing more than a setup followed by a series of CG battle scenes. Novice director Gary Shore shows his inexperience, editing fights with just the right amount of incompetence to render them borderline unwatchable, movement blurred as bloodless killers crash chaotically.

He also shows little understanding of actors. Dominic Cooper, who’s done the bastard bit once or twice before (Need for Speed, The Devil’s Double) is almost invisible here, never given a moment of menace worth his character’s supposed evil. As for Ms. Gadon, she’s a mere damsel awaiting her distress. Dance does get a chance to “bare his fangs,” though his is an evil born from a make-up box, not a true performance, and Evans is evocative if unexceptional. We never once believe that he will one day become the most horrifying vampire of all time. Instead, he’s more like a future member of Ms. Meyer’s Volturi — suave, sophisticated, and savvy when it comes to sucking blood, more dandy than Dracula.

You can see everything that’s wrong here in Francis Ford Coppola’s prologue for his now definitive 1992 fever dream. Instead of expanding our understanding of the character, relying of familiar genre tropes while trotting out some original ideas, Dracula Untold borrows from elements not usually associated with fright and then fumbles those as well. When was the last time you thought about battle strategies during a horror movie? Better yet, when was the last time you saw a beloved monster go Matrix on his enemies, big brawl style? We expect certain givens from our monsters. Dracula Untold offers nothing recognizable.

Perhaps one day, the nasty neckbiter with a thing for vein draining will find its former frightmare facets. With efforts like this one, however, our once formidable fiend is doomed. 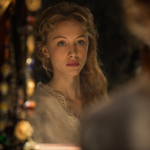 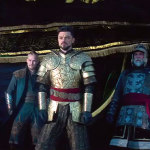 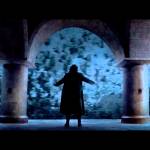