Disorder in the court.
Buy It From Amazon
Buy It On DVD
Buy It On Blu-Ray

Few murder cases have attracted as much attention over the last half-century – and remained in the public eye so long – as the trial of three young men accused of killing three grade-school kids in West Memphis, Arkansas. Thanks to documentary filmmakers Joe Berlinger and Bruce Sinofsky, we know an awful lot about the sickening Robin Hood Hills murders, and the smearing of justice that followed. In their Paradise Lost series, Berlinger and Sinofsky detailed the investigation and court case, revisited the case four years later, and added an Oscar-nominated closing chapter a decade after that. With six hours of shocking, horrific, finely edited true-to-life film footage, why on earth would anyone want to see a narrative feature version of the story?

It’s a fair question. Atom Egoyan’s adaptation needs to add something meaningful to a story that is already so accessible. Open our eyes to a new angle, or to a personality less considered. It’s a responsibility worth living up to. This isn’t some inconsequential reboot of a fictional story — it’s about real kids who were tortured and slaughtered. Devil’s Knot simply doesn’t take us anywhere new.

As a simple small-town drama, Devil’s Knot is fair. The film lines up plenty of things to examine but has a difficult time deciding on what to focus on. It would reason that either Reese Witherspoon as a grieving mother or Colin Firth as the investigator who aids the defense team, would be in the central role, but the script wastefully glides between the two, never locking in on either.

Worse, the settings leave both actors humming flat dialogue that would feel terribly predictable in your average fictional drama. Witherspoon is expectedly weepy, Firth is steadily grim, and the film’s idea of connecting the two is having them make eye contact a dozen or so times in the courtroom.

What the script does very well is scare the crap out of you, and no wonder: The screenwriters, Paul Harris Boardman and Scott Derrickson, are known for horror films like The Exorcism of Emily Rose and Sinister. So when Witherspoon’s Pam Hobbs imagines seeing her deceased son coming home in the middle of the night, it is genuinely frightening. Would the mood choice have been more melancholy in the hands of other writers and filmmakers?

When Devil’s Knot uncovers problems in the police investigation, the film is at its most compelling. Egoyan reveals shaky witness questioning or ignored evidence without the brooding music that usually accompanies such procedural stuff on TV shows. But there’s no character arc or development to give the film the emotional dynamics it so sorely needs. I was missing the depth of performance that Maria Bello offers in Prisoners.

It’s a shame because Egoyan made one of the most elegant films ever produced about losing a child, the painfully beautiful The Sweet Hereafter. It’s easy to point to a far less compelling script as the culprit, but the director certainly had enough overall content to tap into here.

After rewatching a few clips from the first Paradise Lost documentary, I found that the actual prosecution’s closing argument is repeated practically word-for-word in Devil’s Knot. While I appreciate the accuracy, it also resurfaces that question: Why was Devil’s Knot made? Yes, the documentaries are more difficult to watch, but they’re also infinitely more fascinating. 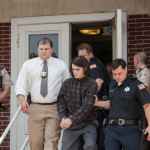 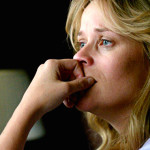 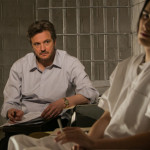