Deliver Us from Evil
By: Bill Gibron

Is that Satan? Or Santa?

James Wan can be blamed for a lot of things. Everyone jumped at he and writing partner Leigh Whannel when their Sundance surprise Saw supposedly ushered in the era of something typically tagged as “torture porn.” Of course, Eli Roth’s Hostel was far more violent than anything the Australian duo devised, but the label stuck. Now, some 10 years later, Wan and Whannel are again responsible for yet another overhyped horror fad — the old fashioned scarefest. Though rated R, the bloodless take on the files of Ed and Lorraine Warren, otherwise known as The Conjuring, took $20 million of studio money and turned it into $310 million while both Insidious and Insidious 2 were huge hits as well. Now, everyone wants to bank on the couple most famous for investigating The Amityville Horror case.

By now, you must be asking yourself, what does Scott Derrickson’s latest effort, Deliver Us from Evil, have to do with Wan or the Warrens. Well, this movie, which is loudly proclaimed as “Inspired by the Actual Accounts of an NYPD Sergeant” centers around one Ralph Sarchie, a former Big Apple policeman who now makes his living as a demonologist. And who did he learn his supernatural craft from? Why, none other than Ed and Lorraine Warren. (Starting to see the connections here?) Indeed, this otherwise nominal creature feature clearly wants to trade on The Conjuring‘s success, as well as Derrickson’s genre past (he directed Sinister as well as The Exorcism of Emily Rose). It even tosses in the War in Iraq to make something old and creaky feel a bit more contemporary. It doesn’t work.

The film starts in the Middle East, where a group of soldiers stumble upon… something. Fast forward three years and Sarchie (Eric Bana) and his partner Butler (Joel McHale) come across one of the vets having a very, very, very bad day. Our lead then learns that all the other members of that particular platoon have gone cuckoo as well. Chalking it up to PTSD or drugs, our hero lumbers on. As luck would have it, Sarchie’s wife (Olivia Munn) and daughter (Lulu Wilson) start hearing noises in the night. Then a scruffy priest named Father Mendoza (Edgar Ramirez) shows up to start putting pieces of this particular paranormal puzzle together. Apparently, women throwing their babies into lion cages and returning war heroes going bugnuts all have something to do with Satan and demonic possession. Cue last act exorcism. The end.

For a movie with so much potential, Deliver Us from Evil clearly suffers from its desire to remain grounded in some kind of police procedural reality. It’s the same issue facing any fright film that has one foot in fear and the other in the day to day drudgery of a job. Bana’s Sarchie may be real, but the law enforcement on display appears lifted directly out of a dozen better thrillers. Adding in the demons does little except turn it into something akin to that Arnold Schwarzenegger stinker End of Days. Sure, Derrickson almost redeems himself during the finale, where F/X and CGI go gonzo to give us an intriguing encounter with one of Beelzebub’s minions, but to what end? When Wan told the Warren’s story, we kind-of, sort-of believed that this happened. Here, the liberties taken with Sarchie’s saga become as apparent as the horror tropes the filmmaker is fiddling with.

With its limited suspense, reliance on jump scares, and overall desire to fuse the profane to the pragmatic, Deliver Us from Evil fails on many levels. It can’t compete with the current crop of over the top bloodfests, nor does it do its more subtle fear factors well. It’s not a bad fright flick, just a fairly derivative dread experience. 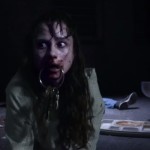 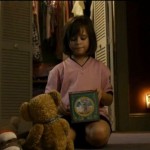 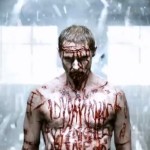 One thought on “Deliver Us from Evil”