Does this make me look fat?
Buy It From Amazon
Buy It On DVD
Buy It On Blu-Ray

If you’re sick and tired of the never-ending stream of superhero movies clogging your local Cineplex, Deadpool is the movie for you. If you’ve grown weary of watching noble comic book characters brooding and bellyaching their way through yet another end of the world scenario, Deadpool will cure what ails you. As a wisecracking critique of the billion dollar genre, it’s as joyfully irreverent as James Gunn’s Guardians of the Galaxy with the added zap of a hard-R rating to keep all the gore, nudity, and F-bombs from falling on the cutting room floor.

Yes, we’ve seen the character before, played by the same actor, actually. But forget everything you know (or vaguely remember) about Wade Wilson’s underwhelming appearance in X-Men Origins: Wolverine. Instead, Ryan Reynolds returns with all the snark, sass, and sizzle of the Marvel anti-hero that fans originally fell in love with. The movie also takes down all the newly developed tropes that have developed since Iron Man went box office ballistic. From the opening credits to the final stinger, this is a self-referential laughfest funnier than many of the so-called comedies that have been released recently.

When we meet Reynolds’ merc with a mouth, he’s helping a young lady with her stalker problem. Within minutes, we are introduced to a potential love interest named Vanessa (Morena Baccarin) whose “weird” matches up perfectly with Wade’s. Then a bomb gets dropped. Wade is diagnosed with cancer and decides that a radical treatment offered by Francis Freeman (Ed Skrein) may provide a cure. When things go sideways, our lead earns super powers and healing skills — plus severe disfigurement.

Fast forward a few and the newly crowned Deadpool is out for revenge. With the help of his contact, bartender Weasel (T.J. Miller) and a couple of lesser X-Men, Colossus (voiced by Stefan Kapičić) and a mopey teen named — get this — Negasonic Teenage Warhead (Brianna Hildebrand), he tracks down Francis and his fierce female sidekick Angel Dust (a fabulous Gina Carano) and before you know it, it’s a large scale battle to the death between pure evil and not quite so evil, with lots of asides and crude scatological humor in between.

It bears repeating that Deadpool is downright hilarious. This is a movie that wants to take the piss out of the very genre it’s hoping to tap into and doesn’t really care who’s offended in the process. Judd Apatow and his bros could take a page out of this screenplay’s crude humor blueprint. No subject is off limits and no cow remains sacred (or alive) for very long. Since the comic book character is known for breaking the fourth wall (read: speaking directly to the audience, in case you don’t get the reference) the movie becomes one big comedic commentary.

This is also a movie that’s aware it’s a movie, a superhero riff that mocks the different Dr. Xaviers and Fox’s previous attempts with the property. Now, this may sound self-serving, and to that end, a bit grating, but Reynolds’ inherent smugness makes it more than smooth sailing. This is an actor born to play this part, channeling everything we know about his public persona and professional output as fodder for the film’s fun. Heck, he even mocks his own Green Lantern, proving his skin is thicker than one imagines.

A special shout out is reserved for first time director Tim Miller. As the mastermind behind the brilliant opening credits to David Fincher’s fascinating Girl With The Dragon Tattoo, he shows a lot of the same style and panache that got him this gig in the first place. But he also exhibits rare comic timing, an understanding of emotion, and some incredible skill with action. Along with the irreverent attitude and the overall approach, he’s part of the reason Deadpool is so good. The winter movie doldrums finally got their wake-up call — and it’s a crank. 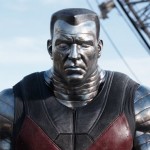 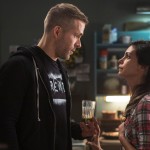 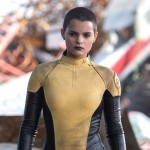 One thought on “Deadpool”