Deadpool 2 is like a raunchier MAD Magazine version of a superhero movie. Limbs and heads fly as thick as the dick jokes, and characters emerge unscathed.

That sounds a lot like 2016’s Deadpool, actually, only with more outlandishness and a larger supporting entourage. This sequel feels like it’s working harder to give fans even more of what they love, but it still works. Deadpool 2 creates genuine laughs and lunacy with rapid-fire dialogue and over-the-top action sequences. It even shows once again that the Merc with a Mouth has a heart.

Ryan Reynolds (The Hitman’s Bodyguard) returns as the title character, aka Wade Wilson, hidden either behind his red and black costume or severe facial scars. Morena Baccarin (Gotham) also returns as his sweetheart, Vanessa, who shares Wade’s love for eighties top 40, pop culture trivia, Toaster Strudel, arcade games, and wild sex. The two are happily planning to start a family before the opening credits when (mild spoiler) Wade’s work follows him home, and Vanessa dies. Wade wallows in grief and tries to kill himself—his supernatural healing ability makes his efforts futile—until Vanessa’s advice from beyond steers him toward a new purpose.

I have to say, I’m tired of the trope where a woman’s or child’s death or abuse motivates another (frequently male) character to take action. Deadpool 2 might not be a heavy drama, but I expected better from a protagonist who often breaks the fourth wall and even calls out lazy writing.

Nevertheless, the story soon find its footing once Wade again falls in with the X-Men Colossus (the metal mutant voiced by Stefan Kapicic) and Negasonic Teenage Warhead (Brianna Hildebrand). The two take on Wade as a trainee to calm Firefist (New Zealand indie actor Julian Dennison), a teenager with flaming anger issues. Naturally, Deadpool’s intervention spoils everything, landing Wade and Firefist in a special prison for mutants. Neither realizes that the youth also is in the crosshairs of Cable (Josh Brolin), a time-traveling cyborg assassin.

Brolin is having a heck of a summer, having faced off in CGI form against much of the Marvel Cinematic Universe as Thanos in Avengers: Infinity War. (He’ll be seen next month in Sicario: Day of the Soldado.) Here, he’s the grumpy straight man to Reynolds’s sass, with well-choreographed fights that make him a potent adversary.

Deciding he needs help against Cable, Deadpool recruits his own super group that he calls X Force, which includes Terry Crews (Brooklyn Nine-Nine) as Bedlam, Bill Skarsgard (It) as Zeitgeist, and Rob Delaney (TV’s Catastrophe) as a regular fellow named Peter. The standout among them is Domino (Zazie Beetz of Atlanta), whose superpower is good luck. Beetz has an infectious charm, and director David Leitch (Atomic Blonde) amusingly frames the Rube Goldberg-like scenarios where events fall beautifully in her favor.

Deadpool’s returning writers Rhett Reese and Paul Wernick, as well as Reynolds, pile on the pop culture references, along with clever cameos and sight gags. (There’s an uproarious moment that explains where the rest of the X-Men have been.) The three squeeze in jibes at everything from Brolin’s past roles to a nod at Basic Instinct.

T. J.  Miller returns as Wade’s bartender buddy Weasel, as does Karan Soni as Dopinder, a cabbie who’s a little too eager to follow in Deadpool’s bloody footsteps. Leslie Uggams (Empire) rounds out Wade’s extended family of friends as Blind Al, a trigger-happy roommate who offers condolences one moment and salty insults the next.

It might not be the family that Wade imagined, but as Vanessa might say, it’s also not a four-letter word. 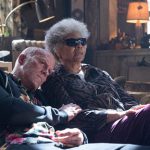 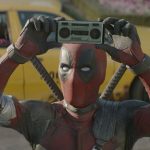 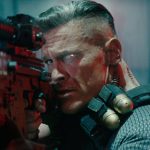