There's only one way to skin a cactus.
Buy It From Amazon
Buy It On DVD
Buy It On Blu-Ray

Crystal Fairy isn’t a drug movie. The principals do plenty of them and the quest for a rare high drives the story, but the film focuses on a much more interesting transformative trip. Center stage for the spirit-altering journey is actor Michael Cera, his 2013 cinematic output mirroring his character’s evolution. Known best for playing versions of himself, Cera poked fun at his image in This is The End and the one-two punch of Crystal Fairy and Magic Magic, both helmed by director Sebastián Silva, show he’s got a lot more to offer. In Magic Magic he’s a volatile creep, and in Crystal Fairy he’s an ill-mannered foreigner forced to drop a façade that shields his insecurities.

Cera is Jamie, an American in Chile first introduced at a party where he throws out passive-aggressive insults before and after partaking in complimentary booze and cocaine. Performing the public service any self-centered jerk would, he confronts the wildly dancing Crystal Fairy (Gaby Hoffman) to tell her to stop embarrassing herself. With braggadocio excitement Jamie also tells Crystal of an upcoming trip – on which he and his friends will obtain a San Pedro cactus to ingest its mescaline skin – and invites her along. While on the road with patient Chilean friend Champa (Juan Andrés Silva) and his brothers Lel and Pilo (José Miguel Silva and Agustín Silva) – all three real-life brothers of writer/director Sebastián – Jamie is surprised and annoyed when Crystal accepts the offer and tags along. The rest of the film chronicles their attempts to secure a cactus and partake of its spoils on a secluded beach.

Crystal Fairy is also a fully-realized character beyond the spaced-out new millennium hippie chick charms. She’s genuine with her peace and love proclamations, but is also a real, fallible person. After lecturing the boys on the dangers of sugar, she’s caught swigging down Coke (the cola). In one of her many naked moments she attempts to climb a rock, but after scraping her foot does the practical thing and puts on some shoes. So, like Jamie, she’s somewhat full of it, but in a good way.

Crystal quickly wins over the three brothers, slowly relegating Jamie to the role of outsider. While the rest of the crew is content to take things as they come, Jamie’s desperate to force things to happen, from procuring the cactus to calculating when they should imbibe the drug. Through Cera’s subtle performance tics we start to understand he’s not doing this for street cred. He needs this to change his life and believes it can.

The film (with the actual title card of Crystal Fairy & the Magical Cactus and 2012, which undermines its lack of pretentiousness) flows along with a naturalistic rhythm, a handheld camera perpetuating the aesthetic without feeling intrusive or obvious. Occasionally Silva lingers on shots a little longer than needed, seeking a significance that’s already apparent. Most of the dialogue was improvised or fed to the actors right before a scene, but the film never meanders too far off course thematically – probably because not having a course is part of the point.

There’s a scene near the end where Crystal Fairy recounts an episode from her past that doesn’t earn the substance it strives for and starts a somewhat clunky ride to the finish, but the payoff remains. In the end, Jamie – the guy who was eager to note he’s read The Doors of Perception or share how much cocaine he’s snorted – is still getting in the way, but at least now he recognizes it and has learned to empathize. 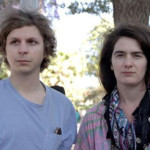 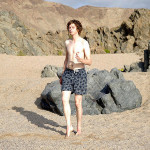 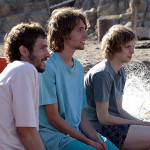