You Should See the Other Guy.
Buy It From Amazon
Buy It On DVD
Buy It On Blu-Ray

There are real stakes in Cheap Thrills. Its humor is inky black and the depths of its depravity are bottomless, but neither the laughs nor the wickedness are cut-rate. A script from David Chirchirillo and Trent Haaga that stays the crazy course, along with steady direction from E.L. Katz, provide a method for the madness. The film travels a straight line to its sick and twisted shocks, using a slow burn escalation that never leaves us questioning the increasingly nasty proceedings. The deeper questions – the ones that matter within the framework of the film – are always at the forefront. How far would you go for a few bucks? How much irreparable harm would you inflict to secure your financial future? Or, from a different perspective, how far would you push things for your own amusement?

Failed writer Craig (Pat Healy) is under immense monetary pressure. He and his wife are proud parents of a baby boy, but are about to be evicted from their meager apartment. Their outlook grows grimmer when Craig loses his job at a car shop. Unable to face his wife after the setback, he heads to a bar where he runs into Vince (Ethan Embry), an old high school buddy. The affable but rugged Vince suggests over-imbibing as a temporary cure for Craig’s woe, and the pair sets off to drown their personal sorrows.

The duo catches the eye of Colin (David Koechner), a gregarious reveler celebrating the birthday of his young wife Violet (Sara Paxton). Colin starts tossing around cash, daring Craig and Vince to complete various challenges – downing shots or provoking a female bar patron to slap them. As Colin laughs and eggs them on his jaded trophy wife documents everything on her camera phone. What start as mostly benign dares escalate through a long night of bloody damage as Craig and Vince angle to acquire life-changing amounts of money.

Strong characterizations of the four main players in the perverse games carry us up to, and far beyond, the point of no return. Pat Healy wears Craig’s desperation well, first shown on a bespectacled sullen face, and then later as a bloodied and broken nose with a tissue crammed up one nostril. Vince often shifts from sympathetic sad sack to uncaring brute, but there’s always context for his duality, and Embry finds the right mix of mania and sensitivity. Paxton isn’t given much do to as Violet, but it’s befitting of the bored woman who doesn’t have to do much to clue us in on her string-pulling. The standout is Koechner, who absorbs his madcap antics from The Office and Anchorman into an equally strange, yet more cunning ringleader that guides us gleefully into the horrible moral abyss. He’s a despicable person who convinces us he’d be a fun guy to hang out with under different circumstances.

Katz and the screenwriters lean heavily on their characters and the actors to unravel organically. Thankfully, there’s no belabored explanation for why Colin and Violet are manipulating their marks, and no tired tricks are used to keep things chugging forward. Economical dialogue tells us all we need to know without being on-the-nose or forced, adding to the bizarre and somewhat believable hangout feeling of the film. Any plot points – such as a feeble attempt to rob Colin of his riches – serve the descent into mayhem, deepening relationships as challenges grow more sadistic and the monetary rewards skyrocket.

Yes, there are gross, stomach-churning moments. But though Cheap Thrills uses bloodletting and several layers of discomfort as tools to help build its story, it’s not just another distressing endurance test for the audience. There’s a buildup to a final act, but the act itself isn’t the sole point and we hardly notice its “gotcha” nature. There are larger issues at play here – fragile humanity, haves versus have-nots, a voyeuristic thirst to rejoice in the misfortune of others, to name a few – that don’t have to be overstated to be present. Cheap Thrills embraces its own nastiness, but also leaves a lot to consider after the weirdly emotional final shot. 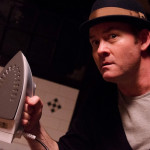 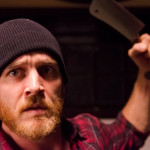 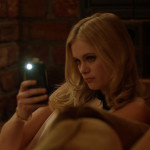 One thought on “Cheap Thrills”