In order to receive a Best Actress Oscar (or at least an Oscar nomination) a day of reckoning must arrive for all actresses that have achieved a certain anount of celebrity but not the critical recognition they deserve. A part must be found that allows them to deglamourize themselves and frump it up. It worked to sterling effect for Elizabeth Taylor in Who’s Afraid of Virginia Woolf? and Charlize Theron in Monster – both Oscar winners. And now with Cake, a desaturated Jennifer Aniston will see if it also works for her (though arguably she tried once already in the now-forgotten The Good Girl).

Aniston is all stringy hair and scarred complexion as Claire Bennett, an upscale lawyer in Los Angeles, the victim of a horrific accident that has left her in constant pain. Despondent about her condition and despairing on ever seeing recovery, she has become a sour and nasty harridan, tart and rude, driving her husband and friends away. Claire now skulks around her house, popping Percocet like Chiclets and guzzling glasses of wine like a manic depressive Auntie Mame, a person who brings joy to a gathering just by leaving the room. The only person who cares about Claire is her very patient, if not saintly, housekeeper Silvana (Adriana Barraza, in easily the film’s best performance). But Claire is even contemptuous of Silvana’s concern for her well-being: “I pay her to care about me. It’s not my fault she gets sentimental.”

Aniston wades into the role and takes no prisoners, giving herself up to the troubled character of Claire. But Aniston can never completely divorce herself of her perfected comic timing, and the best sequences of the film are those in which Claire’s bitter sarcasm bangs against the complacency of the non-suffering characters. The film starts with a bang as Claire is kicked out of her chronic pain support group for refusing to play-act psychotherapy babble as the group reacts to the suicide of Nina (Anna Kendrick), one of the group’s members. Claire’s response is a lusty, “Way to go, Nina!”

But Cake is not a comedy. Director Daniel Barnz and screenwriter Patrick Tobin want Cake to be so much more. The film teeters between a comic character study and a hard-edged drama of anguish, and it doesn’t know which way to go. Aniston obligingly turns herself over to her director and throws herself into the role. Unfortunately Barnz serves neither Aniston nor his film well.

Aniston is obliged to deal with conventional situations with an unconventional character. Claire immediately undergoes suicidal hallucinations of the dead Nina, who appears before Claire at the most inopportune times (a psychotic version of Topper). The old chestnut of The Dead Child is also put through the paces. Then there is The Crack-Up Scene, where Claire has to dig down deep and then rise from the depths to achieve catharsis and transformation. It is all so predictable. Five minutes into the film and one look at Claire lying flat in a leveled-out passenger seat of a car and the rest of the film can be charted like a horoscope reading.

Not only is Aniston wasted but also a fine supporting cast (Sam Worthington, Felicity Huffman, Mamie Gummer, Lucy Punch, Kendrick, and Barraza), who all end up as placeholders for the second-rate plot devices. It’s a shame. Aniston and Barraza’s scenes together have real crackle and spark — but those scenes are from another movie.

Cake could have been an exciting and original film. Instead it is all Duncan Hines. 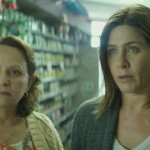 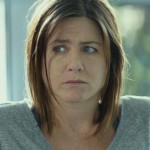 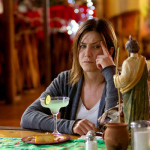