What if I married Marcia Brady?
Buy It From Amazon
Buy It On DVD
Buy It On Blu-Ray

When we’re young, we are sold a basic bill of goods. If we believe in ourselves and work hard, we can be anything we want. Of course, that’s not necessarily true. Sometimes, we have to settle. Maybe life throws us a curveball we can’t conquer. Perhaps there are roadblocks that set us back over and over again. And then there is someone like Brad Sloan (Ben Stiller), a man who appears to have it all and yet can’t fathom why he’s not more successful. His college friends are, and for some reason, this drives our lead to distraction.

Written and directed by Mike White, whose previous character studies (Chuck and Buck, The Good Girl, Year of the Dog) dig deep into the personal angst and issues involved, Brad’s Status is both a winning entertainment and a troubling commentary. It features excellent acting from a talented cast and great deal of insight into the modern malaise affecting many of us. But when you think about it, when you dissect the various complaints that Stiller seethes about, the whole “first world problems” immediately comes to mind. Some of us wish we had troubles as superficial as his.

You see, Brad’s situation is not that bad. He works for a non-profit that helps other charities navigate the complexities of social media. His wife Melanie (Jenna Fischer) works for the local government, and their son Troy (Austin Abrams) is a major musical prodigy who apparently has his choice of top schools (Harvard being high on the list). The plot centers on Brad taking his boy on a tour of said colleges, all while comparing his situation of his old buddies.

They include Nick (White), who produces Hollywood blockbusters and lives in a mansion featured in Architectural Digest, Jason (Luke Wilson) who manages a major hedge fund, Craig (Michael Sheen) who used to work for politicians but now acts as a TV pundit, and Billy (Jermaine Clement) who traded his tech start up for early retirement and life in Hawaii. They all have luxury and status, two thing Brad craves. As his son maneuvers the pre-university routine, we get many internal monologues dealing with our hero’s doubts and decisions.

Brad’s Status is the natural extension of Stiller’s own self-absorbed The Secret Life Of Walter Mitty. It’s a navel gazing novelty which has a lot to say to contemporary audiences. This is the kind of movie millennials will turn into a cult, a Bible like series of life lessons that argue for their own self-righteous religion. White does manage to avoid many of the traps Stiller drown in with his work on Mitty, but there is still a strange disconnect between the social ills we see plastered across the news every night and Brad’s privileged angst. In a world rapidly falling apart, his desire to more seems petty and selfish.

Yet White manages to avoid turning the story into a pathetic pity party by balancing Brad’s neurosis with signs of optimism. This is especially true of Troy, who sees through his dad’s dour demeanor to the good guy underneath. He constantly calls him out, making him leaving his brain and actually engage with things around him. Abrams makes the teen into a real person, and we sympathize with his parental plight. In fact, Brad’s Status may think it’s about an aging baby boomer’s existential crisis when, if you change your perception, it really is how adults reflect on their children, and visa versa.

While some many find it nothing more than an entitled white guy whining about his lack of more privilege Brad’s Status is much smarter and more sympathetic than that. It’s a fine film about a very flawed man. 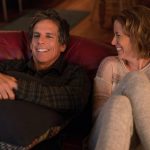 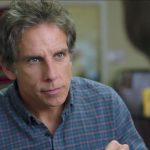 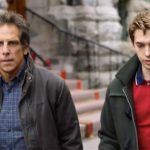