The Boy Next Door
By: Bill Gibron

So, do I pass the "audition?"
Buy It From Amazon
Buy It On DVD
Buy It On Blu-Ray

But this is 2015 and the last time anyone cared about Jenny from the Block was while she was divorcing husband Marc Anthony and shacking up with some back-up dancer. Since then, her overall career has settled into a kind of “used to be” mode where, while still considered successful, is nowhere near where it once was. The Boy Next Door won’t change that. While it might become a cult favorite, a drinking game in waiting laced with enough cheesy ludicrousness to entertain the tipsy, from an immediate perspective it is unashamedly awful.

Our still-lovely lead plays school teacher Claire Peterson, a soon-to-be-single mom who is struggling to raise her teen son (Ian Nelson). When the world’s oldest looking 19 year old, Noah Sandborn (Ryan Guzman), moves in next door — supposedly to take care of a sick relative — Claire is instantly smitten in a kind of “shouldn’t this be happening in Florida?” way. Soon, they are getting to know each other in the Biblical sense, which turns out to be a mistake. Noah is psychotic and becomes obsessed with his cougar conquest. Crank up the false scares and post-coital cat and mouse and you’ve got a million made-for-VHS titles that graced B&M rental stores back during the late ’80s.

That being said, perhaps it’s the lack of Zalman King that makes The Boy Next Door so trying. Maybe it’s the whole “student sleeping with a teacher” subtext that’s recently become a social media sticking point. Or it could be that everyone involved — Lopez, Guzman, first time screenwriter Barbara Curry, and journeyman director Rob Cohen (xXx, The Fast and Furious) — simply forget they weren’t making a future camp classic. Instead, this is the kind of jaw-dropper that pushes its non-believablity into your frequently laughing face. Naturally the humor is unintentional, built out of bad dialogue and even worse characterization. In a cinematic story-verse where everyone should know better, no one does, and everyone suffers, including the audience.

Oh sure, the supposed sex scene is all slick soft lighting and body doubles, and there’s a moment or two of gory violence, but for the most part, The Boy Next Door is as inert as a slow burn experience can be, the camera lingering over our actors hoping for something — anything — interesting to happen. Considering the storyline (teacher has sex with a teen, he goes nutzoid, bodies start piling up), it ends up being a very long wait indeed. There’s nothing new or novel, no spin on an old standard. Instead, it’s a fetching female and her lustful longings vs. an equally attractive dude with diddling and death on his mind.

Since it’s never absurd enough to wander completely over into giddy exploitation or sober enough to send a solid serious message, The Boy Next Door becomes just another talking point in a career which, by all accounts, has come crashing down around its owner. Indeed, there was a time when Jennifer Lopez was all Selena and Anaconda. There was promise in even the most preposterous project she tied her name to. Now, after Giglis and Jersey Girls, Bordertowns and El Cantantes, she’s about as far from the legitimate limelight as she’s ever been. The Boy Next Door only pushes her that much further away. 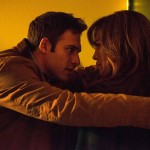 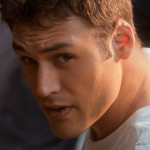 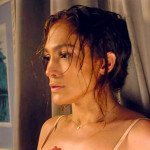