Do androids eat their cereal?
Buy It From Amazon
Buy It On Blu-Ray

Science fiction can be divided along two distinct lines–call it the Star Trek vs. Star Wars ideal. The former focuses on ideas. The latter is all about dog fights in space. One brings social commentary to the speculative genre. The other deals in cliffhangers and abundant action. Clearly, Lucas’ legacy has been more successful at the box office, but that doesn’t means fans will shy away from a serious look at the shape of things to come.

Ridley Scott’s Blade Runner sits comfortably on the “brains” side of equation. An intriguing interpretation of the themes in Philip K. Dick’s novel Do Androids Dream Of Electric Sheep?, the concept of what makes someone (on in this case, something) human resonated deeply with an audience interested in more than scruffy looking nerf herders and walking carpets. While not a huge hit at the time, it has since become a talking point in the ongoing discussion of sci-fi cinema.

Even through its many incarnations and various “director’s” cuts, the story of a police man (Harrison Ford) charged with putting down a robot/replicant rebellion is considered a classic, a thought provoking perspective on the future, the folly of man playing God, and the notion of machines achieving a sense of “self.” It’s also a telling glimpse at humanity’s fear of being lost in a world dominated by automatons. Ever since home video made it a given, there has been talk of a Blade Runner sequel. Well, now we have one, and dare it be said, it stands right alongside the original as a major genre effort. Director Denis Villeneuve not only pays tribute to what came before, but finds an engaging and novel way of making this material his own.

Without offering spoilers, Ryan Gosling plays K, a member of the LAPD sent out to investigate and “retire” older model replicants that are still around. He has a digital girlfriend named Joi (Ana De Armas) who longs for a a more permanent “form.” His boss, Lt, Joshi (Robin Wright) is concerned that these artificial people, now legal in their update, may rise up and reject their masters.

When K confronts an older model named Sapper Morton (Dave Bautista), he discovers something shocking. This leads to a bigger mystery, one involving a new replicant creator/overlord (Jared Leto, replacing Joe Turkel’s Dr. Eldon Tyrell as the master string puller here) and all roads eventually point to finding the long lost Deckard (Harrison Ford), whose knowledge and past could give K the answers he is looking for, or bring about even more concerning questions for everyone involved.

Blade Runner 2049 is a triumph, a contemplative film that works on many levels at once. It features amazing performances, expert direction, and cinematography by Roger Deakins that once again proves the Academy knows nothing about what the man does with the camera (13 nominations and no Oscar? What?). The L.A. of Scott’s Runner is now a true wasteland, a series our dour hues that illustrate the hinted at “black out” and catastrophes that brought society to this new future point.

But it’s the script by Hampton Fancher (who collaborated on the original film) and Michael Green that’s the film’s greatest strength. Like all great sci-fi, it forces you to think, to use your own brain to fill in blanks and create conclusions. Think you’ll finally learn the truth about Deckard? Nope. How about the motivation behind Leto’s oddball blindness? Not really. From the opening shots to the closing credits, Blade Runner 2049 is just as much a puzzle as the original, and just as powerful, and potent. It is destined to go down in film history as the rare sequel (The Godfather Part 2, Aliens) which matches–or even surpasses–the original. It’s just as much of a classic as the movie it is based upon. 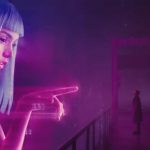 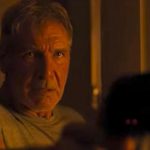 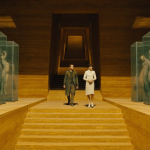