Pull my fingah.
Buy It From Amazon
Buy It On DVD
Buy It On Blu-Ray

If Johnny Depp and Joel Edgerton were not present, if their roles had been cast with actors of lesser stature, ability, and charisma, Black Mass would be nothing more than a slightly above average crime thriller. It tells a compelling story, but has none of the panache of a Goodfellas, or a Godfather. With the duo essaying Jimmy “Whitey” Bulger and Jimmy Connolly respectively, the movie still fails to be a masterpiece. But what it does become is a performance duel, two amazingly skilled stars ramping up their game, giving everyday material a whole lot of bravado and buzz.

South Boston is also a part of the ensemble. Black Mass centers on the neighbor and staying loyal to those you grew up with. For Bulger, that means handling his business in a way that maintains his cash flow while keeping his crimes from affecting his state Senator brother Billy (Benedict Cumberbatch). Of course, with the Italians putting pressure from the North, and crocked cops with their hand out, this mobster is finding it hard to handle his mid-’70s business.

So when FBI agent Connolly walks into his life, looking to make him a specialized informant, it’s a deal too good to pass up. While the government believes it is getting all the inside information on the rackets in the city, Bulger instead uses them as a means to destroy his enemies. While his boss (Kevin Bacon) is convinced they are being used, Connolly becomes a bureau star based on his association with Bulger. Naturally, things don’t end well for this partnership. In fact, it’s safe to say that his is yet another example of law enforcement being seduced by a close connection to the underground, and the power that comes with it.

For most of its running time, Black Mass is a study in contrasts. As a character, Bulger is given over to fits of hyper-rage, but for the most part, he barely bats an eye as he shoots a scumbag snitch or chokes a cheery prostitute. In fact, the vast majority of his emotion is saved for his prized son, and when tragedy strikes, so does Bulger. As for Connolly, he’s such a wannabe that you could find his picture in the dictionary under “sycophant.” Remembering his days running the South Boston streets with Jimmy and Billy has made him nostalgic for the past. Once he sees where his life could have lead, once he gets a taste of the hands-off hedonism that Bulger controls, he wants in, and wants in badly.

Thus begins a ballet that director Scott Cooper does little to redefine. Instead, he nails the period piece particulars, but adds none of the necessary panache to elevate the material. There’s a matter of fact approach that threats to grind things to a halt, and then Depp gets involved in a simple stare down, and suddenly, we are watching a whole different dynamic. It’s the same with Edgerton. Even supporting players like Bacon, Jesse Plemons (as a Bulger flunky), Rory Cochrane (ditto), W. Earl Brown (same), and David Harbour (as a Connolly confidant) bring their A-game, finding a way to amplify what Cooper can’t.

Still, this is really a two man tour de force, with both Depp and Edgerton destined to walk away with Awards Season kudos. They really get lost in their characters, creating memorable monsters out of ordinary street kids. Had someone else sat behind the lens, allowing for a more artistic or aesthetically rich approach, Black Mass could have been a classic. As it stands, it’s an effective entertainment buoyed by two men who literally make or break it. Luckily, they do none of the latter. 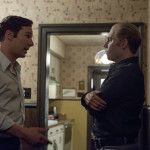 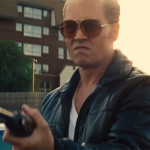 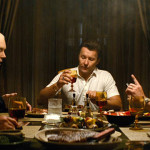