Batman? Beetlejuice? Never heard of 'em.
Buy It From Amazon
Buy It On DVD
Buy It On Blu-Ray

He’s washed up and wounded. He can’t catch a break. He believes in himself, even if the rest of the world only remembers him as nothing more than another actor who, for one brief shining cultural moment, held the public zeitgeist in his masked superhero hands. Hoping that Broadway will be the answer to his current career ills, he’s sunk everything he has into an experimental play based on Raymond Carver’s short story “What We Talk About When We Talk About Love.” Unfortunately, it’s the week of previews and things are systematically falling apart.

The performer in question is named Riggan Thomson, and as assayed by Michael Keaton, he’s the most meta thing about Alejandro González Iñárritu oddball update of Bob Fosse’s semi-autobiographical masterwork All That Jazz. While the similarities seem surreal, they exist, as does the Babel/21 Grams director’s desire to deconstruct fame, art, and the psychological scars that result from both. From Fosse, we get the core interpersonal elements: a harried central core (Keaton) dealing with an ex-wife (Amy Ryan), a confused daughter (Emma Stone), and a current girlfriend (Andrea Riseborough) who has a hard time understanding her man. On the other is a rival (Edward Norton) who’d rather the entire enterprise conform to his know-it-all constraints.

As Riggan walks through his collection of crises, deflecting fiscal doom and gloom from his agent/manager (Zach Galifianakis) while trying to bring the cast together for a hopefully successful opening night, he walking a tightrope between ruin and reinvention. Should his risk pay off, he can kiss the character of Birdman goodbye forever — that is, until he needs the undeniably large paycheck that would come with recreating the role. Should he fail, and by all likelihood, that’s what will happen, he is forever lost: old, broken, forgotten, only good for fulfilling geek goodwill while building a studio’s bloated bottom line, or sitting in a Comic-Con showroom, signing autographs for cash.

In Iñárritu’s version of the Great White Way, people pontificate on the nature of celebrity and why certain performers are more “real” than others. Riggan imagines himself as invested with actual powers, telekinesis being the one he “unleashes” most frequently. Sure, it’s all fantasy, but it’s a way of keeping his about to unravel sanity in check. As he goes through a collection of conversations and confrontations, Riggan scoots closer and closer to the edge. By the time this amazing movie is over, it’s not a question of how he will crack, but when, and why.

With its screwball designs and serious subtext, Birdman makes you believe that such internal struggles occur in all famous faces. It’s the mental war between respectability and rejection, and the narrative could literally go either way. Using a unique gimmick (expertly faked via CG and careful editing), Iñárritu presents Riggan’s travails in “one continuous take,” as if the three days we spend with Riggan and his turmoil are one continuous crisis interspersed with several minor catastrophes. It’s a film technique used to portray the reality of theater life. There is humor here, but there is also a unique form of heartbreak that only the hiring of Keaton could create.

Indeed, his performance is so amazing, so loaded with hidden meaning (given his previous status as Tim Burton’s Batman) that it seems like Birdman was specifically written for him — and if it wasn’t one imagines it wouldn’t work as well if someone else was playing the part. Riggan requires a lived in, “been there/done that” kind of persona, and Keaton exudes such past popularity. Like the man he is playing, he’s gone from fad to (mostly) forgotten, and thanks to this role, proves that there’s just as much actor as aging action hero in his heart.

Unlike All That Jazz, which sees Bob Fosse finally succumb to his various vices, Birdman is more ambitious, and ambiguous. It’s one of the best movies of the year, and one of the most telling performances ever put on film. 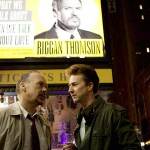 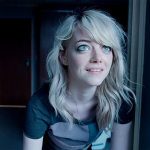 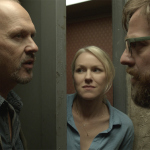