Do you know what they call a Big Mac in Finland?
Buy It From Amazon
Buy It On DVD
Buy It On Blu-Ray

Air Force One is shot down by terrorists, leaving POTUS William Allan Moore alone and vulnerable in the wilderness. Oskari is on a mission from his hunting village to prove his manhood and “kill something.” Initially full of confidence, he loses much of his nerve when he finds an item his father left for him. Along with the Commander in Chief, he hopes to return to his town a hero. In the meantime, the villainous Hazar (Mehmet Kurtuluş) and rogue Secret Service agent Morris (Ray Stevenson) are on their trail, hoping to capture and kill the President. Naturally, the Leader of the Free World inspires the boy to better himself, and together they take on these fiends with illogical action and a contrived narrative.

Big Game has all the earmarks of a film made as homage. You’ve got the obvious setup, the former friend/protector now turncoat, the little kid who will come of age in a scenario sparked by death and blood, and a surprise twist at the end that makes about as much sense as the rest of the plot. Helander, whose Exports‘ originality is all but absent here, follows the formula right down to the random catchphrases and attempted big scale on a small one spectacle. Sometimes, he succeeds. In other instances, the referencing is so obvious you feel like you’ve stumbled onto Quentin Tarantino’s long lost stepbrother’s sizzle reel.

You expect something unusual from Helander. Instead, you get an example of the foreign films of the ’70s — i.e. a cheap exploitation rip-off of better (?) Hollywood fare which, somehow, manages its own entirely guilty pleasures along the way. If this was 1988, you’d expect to see the name “Charles Band” somewhere among the credits. It’s a direct-to-video copycat, plain and simple. There is a lot of fun here, but there’s also a bit of frustration. As unpretentious as it is, it’s also highly calculated and built to make a quick buck. Let’s face it–any film which decides to, again, send its heroes escaping via refrigerator (like a certain aging Indiana Jones) is in on the joke, but hoping you aren’t.

Jackson is clearly having fun here, using his time out of the country to relax and let his longstanding onscreen reputation do most of the heavy lifting. He has a great rapport with Tommila, and together they make the kind of team that an intended adolescent audience can cheer and jeer. There is plenty of humor in Big Game, which is good. Perhaps while you are laughing you can ignore the cut-rate F/X and cheesy sets. You should also pay little attention to the supporting cast. Outside of the four main leads, we are stuck with a bunch of names — Victor Garber as the Vice President, Felicity Huffman as the Director of the CIA, Jim Broadbent, and Ted Levine — doing little except taking up frame space.

Still, Big Game positions itself as a passable good time, and in that regard, it works. It provides a recognizable cinematic type and then sticks to it, for better or worse. When you consider the creative team behind this film, you expect something insane, or at the very least, unusual. There is some of that here, but it’s constantly countermanded by the desire to stay true to type. While it’s mostly silly, Big Game finds a way to end up satisfying. 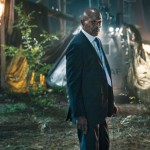 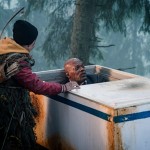 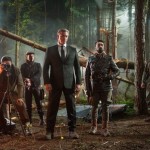