Beyond the SeaWorld: An Interview with Gabriela Cowperthwaite and John Hargrove of "Blackfish" movie review » Film Racket Movie Reviews

Beyond the SeaWorld: An Interview with Gabriela Cowperthwaite and John Hargrove of “Blackfish”
By: Pete Croatto

Using the 2010 death of veteran SeaWorld trainer Dawn Brancheau as its narrative base, the documentary Blackfish proceeds to examine the water park’s pathetic treatment of killer whales, including Tilikum, the beloved creature that killed Brancheau during a show.

“I don’t want people to walk away terrorized,” says Gabriela Cowperthwaite, the film’s director. She also had no intention of directing an animal activist rant, and she has grandly succeeded. Organized like a well-reported magazine feature, Blackfish presents facts and interviews (which feature several ex-SeaWorld trainers) to produce a memorable, intense account of what happens when man tries to tame nature.

During a recent publicity stop in Philadelphia, I caught up with Cowperthwaite and John Hargrove, a former SeaWorld trainer who is featured in the film. (Note: This interview has been condensed for clarity and space.)

Film Racket: Gabriela, how hard was it to direct this? It’s such an intense, almost tragic, film. 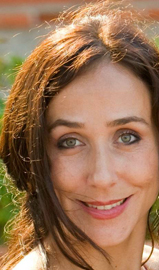 Gabriela Cowperthwaite: The hardest part was self-discipline in storytelling and self-restraint. When I started peeling back the onion for myself on these issues, I was blown away by how much information was challenging my notion of SeaWorld and the happy Shamu icon.

It’s a very even-keeled movie. It doesn’t get too alarmist. Is that what you mean by self-discipline and self-restraint?

GC: That’s exactly it. I think there are things you know will impact an audience and drive them crazy or make them cry. And if it wasn’t part of the story — essentially Tilikum and Dawn — as told through the eyes of the trainers, it didn’t make it in there. In addition to that, if it wasn’t vetted and it wasn’t truthful, it didn’t make it in there, even if it was emotionally powerful. I just wanted this to be this airtight document that nobody could walk away from without feeling that they were learning the truth.

John, is it hard to watch this movie and be interviewed about it? SeaWorld was a substantial part of your life.

John Hargrove: [Sighs] Yeah, so many things go through my head even by you asking me that, because I have a timeline in my mind of what I went through. When I watch the film, it’s still disturbing to see all the capture footage. I can’t help but immediately be overwhelmed with the thoughts of the whales that I’ve left behind that I love so much. They could have had a better life, but they don’t have that opportunity because they are the victims in this entertainment-driven, for-profit show. And that’s what makes me sad: These whales that I know on an intimate level, and had relationships with all these years, I want so badly for them to have the best life possible. Of course, I knew these things, but to see it all packaged in that way and you’re really confronting it in 83 minutes, it just breaks my heart, because I want to do whatever I can for those whales.

Do you feel this movie and the publicity are a kind of atonement?

JH: I do. I have flashes of anxiety still. We’re so programmed at SeaWorld — and programmed really is the right word for it — that if we were to ever speak out, they have conditioned us to feel that we’d be hurting the whales. It’s very effective, and it works, but I believe 100 percent that by me speaking out this is my way to care for Takara, care for Kasatka, and hopefully put some pressure on SeaWorld where those whales do get something better out of this.

[Note: SeaWorld declined to participate in Blackfish, but responded with this.]

I get the feeling with the two of you here, and correct me if I’m wrong, Gabriela, that Blackfish is more for the SeaWorld employees who couldn’t speak than it is your film.

GC: I feel like it ceased to be my film the moment we finished. I want it to be viewed as this intact, intimate document that I’ve kind of given over: Look, it’s fact-driven, it’s truthful storytelling, and it arms you with the truth. I want to give it and put it out there. Because I didn’t come in with an agenda, I don’t come from animal activism. I took my kids to SeaWorld. I have no ability to come at this with any kind of ethical preachiness. I can’t do that, because I have not earned that voice. And I didn’t necessarily think that approach would work.

If you had someone who had a long history of animal activism as the director, people might be quicker to dismiss the effort.

GC: I don’t speak with kind of an activist’s voice, but oftentimes I think some of those folks actually came out of the womb ethically-evolved, perhaps… They’ve known this stuff for decades, they’ve been screaming it from the rooftops, and it’s fallen on deaf ears, because we all still go to SeaWorld. But given who I am — and I took my kids there — I can only speak with my voice, and I can speak to people who are like me. And not get into an ethical boxing match with anybody, but simply pull back the curtain.

John, why do trainers keep coming back to SeaWorld?

JH: Well, before, especially when we did in-water interactions, I remember how I felt as a child. And [then working at SeaWorld] how incredibly powerful and seductive that was for me to be close to animals like killer whales and building relationships with animals like that and getting in the water. It’s a very powerful thing. You don’t really find out a lot of the other aspects of it until you start to rise up the ranks, because a lot of the information is hierarchy-based. So a trainer that only has two years at Shamu Stadium, they’re not going to know [as many secrets]. But I think people want that connection, they want those relationships. And the whales themselves, they are just incredibly impressive: the size of them, the way they look, their intelligence. So it’s not hard to imagine why somebody would want to do it… We loved those whales, but it does not make it right and we do have to accept that it was selfishness.

When you watch that show and you’re so impressed by that, and five, six thousand people are watching that show at a time, there is a level of selfishness. You’re like, That’s a cool job. I want to do that. That would be awesome. So even though your heart is in the right place and you love those whales, you do have to be honest with yourself: You wanted to do it because it was a cool job and it was seductive.

Was it hard to transition from that state to what you’re facing now?

JH: [Sighs] Man, it’s hard for me [with] some of the whales that I’ve left behind, especially Takara, who was the most valuable to me in my career. All other aspects about leaving SeaWorld behind, I’m OK with. But those relationships that you’ve lost, you have to accept. It’s like a death. I will never be able to see Takara again. It’s not like I can just go to SeaWorld — nor would I want to — and see her. That’s hard. I still haven’t come completely to terms about her. I feel like today, I don’t know if I’ll be able to come completely to terms with that. I do feel like this is my way of still caring for her. Like if I don’t do this, it really is totally over with her. But doing this, there is a chance I can give her a better life.