Trilogies used to be simple. One series, three films, no fuss, no muss. Now, we’ve become addicted to the bountiful box office tendencies of the cinematic type, taking the last installment in said triptychs and turning them into two part cash grabs. There are also times when the standard three-parter (Night of the Living Dead, Dawn of the Dead, Day of the Dead) is sullied by constant returns to the source (Land of the Dead, Diary of the Dead, Survival of the Dead). In this case, we’ve tried to stick strictly with trilogies — not two part finales, no three-parters that continued on past their sell-by date. With that in mind, here are our choices, and at least in two cases, you may not have heard of the trilogies mentioned. The truth is that you should have. 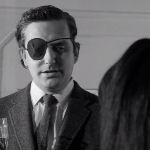 During the ’50s and ’60s, Michael and Roberta Findlay pushed the envelope over what an exploitation movie could be. The pinnacle of their early experiments, known as The Flesh Trilogy, used a by now familiar formula (man is injured and seeks revenge on those who wronged him) to more or less set the standard for the slasher films to come. And this was a good decade before John Carpenter would make the tropes infamous with his Hitchcockian Halloween. Considering when they were made, they remain quite effective. 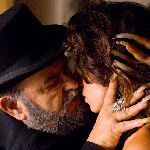 It took four decades, but Brazilian master of the macabre Jose Mojica Marins, otherwise known by the character he plays onscreen, Coffin Joe, finally finished the triptych he started with 1963’s At Midnight I’ll Take Your Soul and 1967’s This Night I’ll Possess Your Corpse. In each film, the beloved devil-worshiping mortician with a top hat and cape uses mysticism to find an available bride. The goal is to create a bloodline of pragmatic super-beings, unconcerned with things like religion, race, or class. Weird and very well done. 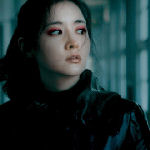 As with the other installments in Park Chan-wook’s beloved franchise, we are dealing with payback. In this case, a young woman, just released from prison for a murder she did not commit, begins the process of finding the real killer. Since we are dealing with the death of children, it’s all the more sensational. While many find this film a lesser member of the celebrated series, it still packs the kind of punch we’ve come to expect from Park and his particular cinematic style.

#7 – The Adventures of Baron Munchausen (Trilogy of Imagination) 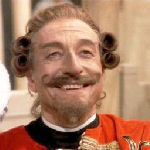 This is not necessarily a “legitimate” trio, even though director Terry Gilliam insists that, along with Time Bandits and Brazil, he is exploring the stages of man (youth, adulthood, old age). In reality, the real subtextual link revolves around belief and the importance of same. Whatever the situation, there is no denying the amazing imagination and practical effects brilliance on display here. Even when he ran out of money and had to improvise (especially during the Moon sequences), the result is one of Gilliam’s many masterpieces. 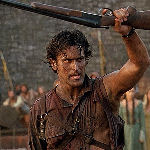 When fans saw the ending of Evil Dead 2: Dead by Dawn, they wondered how director Sam Raimi would top himself. After all, his modern day demon hunter, an everyday schlub named Ash, suddenly finds himself in medieval times and almost immediately dealing with ancient technology and airborne Deadites. Well, the answer was a hilarious, horrific homage to Ray Harryhausen, including stop motion skeletons, satiric sword and sorcery, and nods to other genre icons. Even with the modifications to the Dead mythology, the results are pure Raimi. 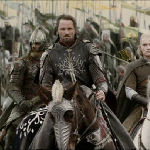 One of the few fantasy efforts to be nominated for an Oscar, let alone win one (it actually earned 11 when all was said and done), Peter Jackson’s massive gamble finally pays off. Granted, the first two films in his adaptation of J.R.R. Tolkien’s acclaimed trilogy were excellent, but this was the installment that had to succeed, lest the entire series seem underwhelming. With its amazing battle sequences, sprawling cinematography, and emotional impact, it stands as a testament to one man’s vision and a lot of people’s talent. 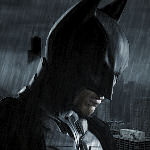 Depending on how invested you became in Christopher Nolan’s Batman revision, you either adore or deplore this film. For us, it’s a unique final chapter, an end to a franchise that actually spells out the possibilities for future films once this particular set of entries is over. While Bane might not be the greatest villain in the history of the series (that honor goes to Oscar winner Heath Ledger’s Joker), the desire of the director to use superhero themes in authentic real world settings retains its potency. 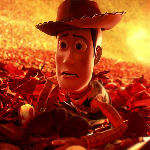 Not bad for a series that was, at least for a while, destined to be part of Pixar/Disney’s direct to video plan. Indeed, when Part 2 turned out better than expected, it hit theaters and became a massive hit, mandating the need for Part 3. And what a finale it is. Heartfelt, hilarious, and even a bit horrifying (especially during the last act), the final adventure (for now) of Woody the Cowboy and astronaut Buzz Lightyear represent youthful nostalgia and expert storytelling on a grand scale. 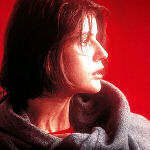 Based upon the ideals inferred from the French flag and representing the swansong for acclaimed Polish director Krzysztof Kieślowski, this amazing movie uses the theme of disconnected lives — in this case, a young student/model and retired judge — to argue that, at some point in time, we are all linked. It could be emotional. It could be logistical. It could be spiritual. Thanks to the visionary way he handles the material, and the performances he gets from his actors, what could have been dull is, instead, definitive. 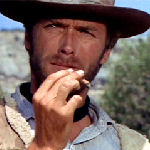 Ah — Sergio Leone. Few filmmakers can be credited for inventing, or at the very least, perfecting an entire cinematic subgenre. In this case, you can’t think “spaghetti western” without mentioning this amazing Italian icon. With Clint Eastwood on hand, reprising his role as the Man with No Name from the other installments in the series, this epic, on par with Leone’s verifiable masterpiece Once Upon a Time in the West, confirms his place as one of the artform’s greats. Both evocative and highly entertaining.