The Best Offer
By: Blake Crane

You Lookin' at my Monet?
Buy It From Amazon
Buy It On DVD

The Best Offer deals in the world of fine art where a regimented auctioneer has a keen eye for fakes and runs a precise scheme to acquire genuine articles at discount rates. That the film itself becomes a mere approximation of effective cinema isn’t some meta statement on artistic forgery, just an unfortunate reality.

The art and antiques dealer is Virgil Oldman (Geoffrey Rush), a snooty man trapped in his own rules of order, wearing gloves everywhere he goes and talking on the phone through a handkerchief. At Virgil’s auctions his silent partner Billy Whistler (Donald Sutherland) buys authentic female portraits that are presented as reproductions. Virgil doesn’t do it for financial gain, he only wants to hang the works in a secret room in his sterile home. He sits and soaks in the gazes from the faces in the masterworks – the only female attention he receives or seeks in his disengaged interactions with the outside world.

Virgil’s routine is upended by a mysterious heiress who contacts him to handle the sale of her family estate, a decaying gated manse filled with valuable antiquities. Dealings are complicated by the young woman’s acute agoraphobia. Claire (Sylvia Hoeks) lives in a room behind one of the villa walls and refuses to be seen, conversing only with Virgil and only from the sanctuary of her closed-off quarters. Intrigued and attracted to the fragile soul, Virgil attempts to connect with the voice behind the fresco. The co-dependent pair’s budding romance provides the wobbly foundation on which The Best Offer attempts to stack a towering structure of clichéd metaphors tied to love and authenticity.

That the main character’s name is Virgil Oldman – an aging man who is, in fact, inexperienced in romantic dealings with the fairer sex – provides a clue to the level of literal allegory hammered home throughout the film. The eyehole in the wall separating Claire and Virgil is carved through the body of a bird flying upwards – perhaps with each other’s help they can each learn to spread their wings. Scattered about the villa are machine parts that Virgil takes to mechanical tinkerer Robert (Jim Sturgess) to put together, soon discovering they’re pieces of an ancient and valuable automaton. Robert also happens to be quite the womanizer and assists Virgil in his wooing of Claire, becoming the Cyrano to Virgil’s Christian and helping to “put the pieces together” in more ways than one.

Though extremely heavy-handed, there’s no clear trajectory for Virgil and Claire’s relationship as The Best Offer fails to find its footing. The film becomes a series of simile-filled encounters between the couple followed by a dissection of the situation from Virgil and Robert, with an art auction thrown in here and there. Seemingly in an attempt to course correct, writer/director Giuseppe Tornatore adds muddled intrigue with several plot contrivances in the final act. Meant to reinforce the ideas of legitimacy and human emotion, they come off as a cheap way to just get to some kind of falsely profound resolution. A flamboyant and ever-present score from composer Ennio Morricone is relied on too heavily to set an admonitory tone that the attractive but sanitized lensing and overly-ponderous script fail to do.

It portends deeper meaning, but The Best Offer is dull and lifeless, reducing a talented cast to cogs grinding through a rusty plot that continually scratches at the same surface-level implications. Like its central character, it longs to be complete but is incapable. 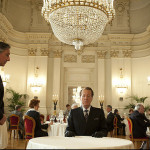 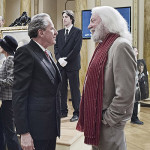 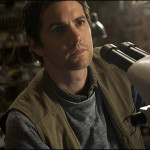