A couple of years ago, faith-based films God’s Not Dead and Heaven is for Real achieved huge box office success and revealed an underserved multiplex niche audience. The formula for those films, and others that followed, was simple: small budgets and a huge return on investment by catering to a crowd that will nod along with easily-digestible commentary that fits their belief system.

It may seem, then, that the timing is right for an update of Ben-Hur, a tale originally told in Lew Wallace’s 1880 novel Ben-Hur: A Tale of the Christ that’s been adapted several times. However, in fusing the Biblical epic with 21st century blockbuster sensibilities (and in 3D!), director Timur Bekmambetov – the guy who also fused Abraham Lincoln with vampire hunting in Abraham Lincoln: Vampire Hunter – and writers Keith R. Clarke and John Ridley leave the hero’s struggle feeling trite instead of timeless. The morals are cycled through checklist style, zapping them of deeper meaning. Both the summer escapism and the preaching to the choir platitudes are lacking.

This slicker, CGI-laden take features several changes, many interesting, from previous versions. Jewish prince Judah Ben-Hur (Jack Huston) and Messala (Toby Kebbell) are now brothers instead of friends, Messala adopted by Judah’s noble family. After leaving Jerusalem to fight with his countrymen in the Roman army, Messala returns a conquering hero and escort for Pontius Pilate (Pilou Asbæk). After an attempt on Pilate’s life (another new twist), Messala condemns his brother to slavery and orders his adoptive mother and sister executed.

All of this happens very fast and the endless story beats drive the action instead of the characters. Judah and Messala’s relationship as brothers in the film’s first act involves anecdotal scenes that hop around in time. We go from the present, to 8 years earlier, then back to the present, and then 3 years later in the span of 10 minutes. Messala goes from sympathetic Roman to zealot-hating tyrant in a single expression.

What could be an interesting, relevant-in-our-times take on cultural assimilation, and maybe even ideological testing, is merely a means to move the familiar plot forward. The animosity between the brothers isn’t adequately established and Huston and Kebbell fail to build tension, their emotions reduced to wistful stares and scowls.

Judah’s time as a galley slave is run through quickly before he unites with Sheik Ilderim (Morgan Freeman) to learn the ways of chariot racing, return to Jerusalem, and race his brother in the Roman circus. Freeman’s casting is distracting, his dreadlocked, authoritative presence overshadowing Huston and Kebbell. He lectures Judah about his privilege, verbally outwits Pilate and Messala, and even gets the opening and closing voiceovers – a totally novel thing to do when you’ve got that baritone at your disposal.

Visually, the film is a fine mix of computer-aided spectacle and lived-in 1st century settings. Bekmambetov’s sweeping views of hillside settlements and the Circus Maximus are impressive. His action interests are clear in a maritime battle and the climactic chariot race. Both are thrilling, engaging set pieces, but their impact in the greater story doesn’t fully dovetail with the updated ethics and abridged storytelling.

Past versions of Ben-Hur, including the classic (by the standard of several cable channels), Oscar hoarding 1959 epic, ran well over three hours; the 2016 adaptation is right at two. In paring things down to appeal to modern attention spans – and, thankfully, not splitting this thing in two to bring us Ben-Hur Volume II: The Chariot Race in 2018, everything feels like a rush to the affirmations. There’s no time to marinate in the messages and subtext is lost.

The streamlining actually includes more Jesus (Rodrigo Santoro, looking like he stepped right out of a Christian church portrait), showing him as a carpenter, a minister of peace, and finally crucified Savior. This fits the film’s attempt to replace themes of revenge with those of redemption in a changed conclusion, but that angle doesn’t jibe with the journeys of Judah and Messala and feels false.

What we’re left with is piecemeal preaching and scattered spectacle that fails to congeal into anything that adds significance to the Ben-Hur legend. 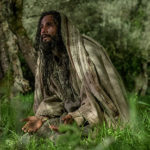 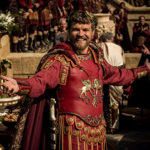 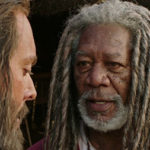