Before I Fall
By: Blake Crane

...I Lean.
Buy It From Amazon
Buy It On DVD
Buy It On Blu-Ray
Buy The Book

Groundhog Day goes YA in Before I Fall, a twee yet honest and well-constructed drama about a privileged high schooler living the same day over and over. “I Got You Babe” on a clock radio in a Punxsutawney bed & breakfast has been replaced with an iPhone alarm in a contemporary suburban mansion, but the mechanics remain largely the same. Though there’s some interesting spin in the high concept this time around, it doesn’t work quite as well with a mopey teen.

Zoey Deutch plays Samantha, whose fateful day starts like any other. She wakes in her comfortable home surrounded by Pacific Northwest splendor, ignores her parents and little sister, and rides to school with her clique. Led by Lindsay (Halston Sage), the foursome is ridiculously cruel without necessarily realizing it.

“Cupid Day” at school is all about collecting roses from admirers, and Samantha ignores the one from nice guy Kent (Logan Miller) and fixates on her relationship with popular tool Rob (Kian Lawley). That night during a party at Kent’s house, the girls have a run-in with outcast Juliet (Elena Kampouris, given the full Carrie White look to highlight her awkwardness). On the way home, Samantha and friends flip their SUV and are apparently killed. However, she wakes up at home and starts the same day again. And again, for about a week or so.

In adapting the book by Lauren Oliver, screenwriter Maria Maggenti and director Ry Russo-Young manage the déjà vu well, repeating significant events without falling too far into tedium. There are exceptions: the teacher in the only classroom we ever see writes “Sisyphus” on the chalkboard over and over, and Kent has a photograph with a blunt message pinned on his bedroom wall, to name a couple. And it’s kind of hard to believe that a high school student living the same day repeatedly would actually continue to go to school, but maybe that speaks to the herd mentality and co-dependency of outwardly faultless yet emotionally tormented teenagers.

As Samantha begins to change up her routine in an attempt to break the cycle, things are shown from slightly different perspectives. Deutch’s nuanced performance keeps us invested and communicates her confusion and various epiphanies regarding personal relationships. She’s terrific here and elevates what could’ve quickly become dreary. Small moments, like when she hesitates before joining with her friends in mocking Juliet, subtly provide character depth.

Not so subtle are overarching messages and how they’re conveyed. Russo-Young makes interactions feel natural, though sullenness is a little too omnipresent. The look of the film is consistently cold and grey, save for an even more obvious, ominous use of red during the kegger. The angst could use a little more brevity.

There aren’t any defined rules for Samantha to follow in sorting out her dilemma, but with characters fitting neatly into a social hierarchy it’s not hard to diagnose the changes that need to be made. And when a final resolution comes, though certainly significant, it still feels somewhat arbitrary and provisional and the lessons preached are far from profound. Samantha’s too smart to need a week full of the same day to figure it out. For us, while it’s an acceptable way to spend an hour and a half, getting the most out of each day probably wouldn’t include watching Before I Fall. 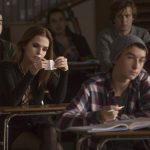 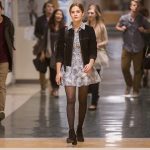 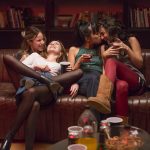