But you're lactose intolerant!
Buy It From Amazon
Buy It On DVD
Buy It On Blu-Ray

We’ve have bad grandpas and bad bachelors (aka The Hangover films). We’ve seen bad Santas, bad teachers, and bad boys. Now it’s the maternal side of the movies that show up to argue that being crude, rude, and lewd doesn’t need to be left to the dudes. While it purports to give today’s helicopter/lawnmower parent a good push into satire, Bad Moms is actually nothing more than debauchery served up with a side of domesticity, a fairly funny film that believes it has more to say about the current state of child rearing than it actually delivers.

The main subtext here is that the modern nuclear family is a cavalcade of needs, and no one can handle the pressures like your sweet, saintly Mom. Dads are dullards or doing things they shouldn’t, leaving the overseer of the species to find time to wedge work, school, extracurriculars, meals, meaningful quality time, adult intimacy, and personal reflection into their already overstuffed schedule. Bad Moms is about breaking free while pushing boundaries. It does a decent job of both, but the laughs become a bit forced after a while.

Our story centers around stressed Midwestern middle class basket case Amy (Mila Kunis). Her kids are angry, disaffected adolescents while their father (David Walton) is a fool. Our heroine is supposed to be part time at the coffee company that she works at, but her boss is beyond demanding. She’s the very definition of hands on, and it’s driving her crazy.

Longing for a break, she meets up with the equally unhinged Kiki (Kristen Bell) and both become the students to divorced diva Carla’s (Kathryn Hahn) title talent. They include ignoring her jock son, getting her drink on, and pretending to be a hooker, among other similarly lascivious things.

Naturally there’s a nemesis to our ladies’ intended leisure–a control freak named Gwendolyn (Christina Applegate) who just so happens to be the head of the PTA, and everything Amy, Kiki, and Carla aren’t. Naturally, some hilarious hijinx ensue, as does some heartfelt sentiment.

Bad Moms proves that long gone are the days when women could be politely called “the weaker sex.” In place of that non-PC proclamation is a rush to reprobate that recent hits such as Trainwreck and Bridesmaids are built on. For Hollywood, “bad” equals drinking, drugging, smoking, cursing, carelessness, and a complete lack of decorum. But considering how furious yet fragile these gals are, “mass murder” wouldn’t be far from consideration. The script, by Jon Lucas and Scott Moore, trades on their past hits (The Hangover, 21 And Over) to provide the laugh litmus tests. Find bodily functions and the discussion of same humorous. Bad Moms has plenty of these…and more where that came from.

It’s a weird mix, a reminder that not everyone’s idea of excess is box after box of low priced red wine. This is a flawed film, more than a couple of rewrites away from being the insightful sidesplitter Lucas and Moore want. Their direction begs for a bit of tightening, a stronger editorial hand perhaps elevating some already highly entertaining material. Still, the actresses all excel at being psycho, with Hahn stealing almost every scene she is in. She brings the badness the title promises while showcasing a comic timing that is essential.

On the other hand, Bad Moms speaks to a demo that may or may not actually get the joke. Sure, there’s a real truth to it, and we aren’t dealing with people who systematically don’t care about their individual family’s safety. On the other hand, we get a bit too much worthless wacky cartoonishness. For a film that wants to dabble in reality, it feels uneven. Still, Bad Moms is funny enough to be recommended. It may not hit all the right notes, but it definitely offers some late Summer laughs. 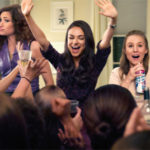 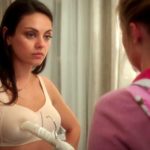 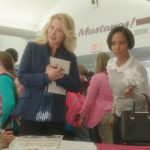