Almost 10 years ago, spurred by their hatred of how their superhero characters were being treated by Hollywood, Marvel made the brave decision to produce their own films, putting Jon Favreau in the director’s chair to give Robert Downey Jr. a chance at playing Tony Stark, aka Iron Man. Now, a decade in, we’ve seen the comic book giant dominate the box office, showing up the DC brand with massive hits including the recent worldwide phenomenon Black Panther.

Avengers: Infinity War is the film that all of these aesthetic experiments have led up to, from the freestyle fun of James Gunn’s Guardians of the Galaxy to the ’70s spy throwback Captain America: Winter Soldier. It gathers up a veritable who’s who of Marvel’s mightiest, from Thor (Chris Hemsworth), Hulk (Mark Ruffalo) and Spider-Man (Tom Holland) to T’Challa (Chadwick Boseman), Doctor Strange (Benedict Cumberbatch) and Black Widow (Scarlett Johansson), all in the name of keeping half of the universe from dying. That’s the plan of Thanos (Josh Brolin), an intergalactic bad guy with his sights set on collecting the various Infinity Stones, and with them, tapping into the supreme power of the galaxy.

For over 18 films, we watched our warriors seek out, defend, and otherwise fret over these important gem-like MacGuffins, and now we have the reason for all their efforts. If Thanos collects them all, he will have the power to destroy anything he wants. The Avengers, the Guardians of the Galaxy, and every other hero whose been part of the MCU up until this time gather to try and defeat this intergalactic baddie, and if all you need from the genre is well executed action scenes, Infinity War delivers. The narrative may be a bit of a cheat, but the Russo Brothers understand popcorn splash (remember the airport fight in Captain America: Civil War? Enough said), and they provide it with style and substance.

Some will call this movie bloated and overfilled, and they would be right. They may also complain about the various surprises and segments of fan service strewn throughout. Oddly enough, our characters rarely interact as one big massive superhero army. Instead, we get divided attentions, separate missions, and the distinct feeling that this is all leading up to another entry where such a butt-kicking battle royale will take place. Remember when the Russos said that this was just the first part of a two part effort? Well…

It has to be said, however–Avengers: Infinity War is wildly entertaining. It won’t capture the cultural zeitgeist like a certain film set in the fictional African nation of Wakanda, but it should make the various markets around the world happy with its non-stop adrenalin rush of electrifying eye candy. It’s everything you expect from a Kevin Feige produced Marvel movie, and that may be one of its problems. For a while now, the comics brand has been trouncing the competition with its safe, secure formula. Only the rare filmmaker–Gunn, Scott Derrickson–have been able to put their stylistic stamp on this material.

The Russos, on the other hand, know which side of their bread the billion dollar box office is buttered on, and they aren’t about to experiment or stray too far from the norm. That doesn’t mean Infinity War is bad, it’s just not truly ambitious. It doesn’t push boundaries as much as double check that those limits remain firmly in place. This is a movie that needs the other 18 to exist before it. Otherwise, we’d know very little about these characters, their concerns, and why we should care for them.

Avengers: Infinity War is a wonderful piece of cinema circa 2018 entertainment. It’s an excellent capper to a decade of Marvel magic. It could have been much more, however. Sadly, it isn’t. 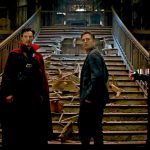 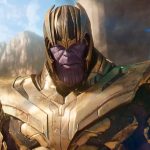 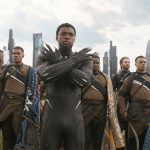