My lumbago!
Buy It From Amazon
Buy It On DVD
Buy It On Blu-Ray

Here we go again. Apparently, Hollywood has yet to get the message about movies based on videogames–to wit, they usually aren’t very good–and is insisting on throw another one at us, this time outside the rugby-like scrum of the Summer blockbuster season. Instead, Assassin’s Creed is coming out just as Tinseltown is targeting critics for year-end awards consideration. One thing’s for certain–this movie won’t be giving the Academy fits. Your mainstream audience? That’s another issue entirely.

Taking a page from Marvel, the company behind the popular console title, Ubisoft, has functioned as producer on this plodding, over-plotted mess. (The videogame doesn’t make any sense to begin with.) They’ve even gone the full Feige and hired high profile talent (Michael Fassbender, Marion Cotillard, Jeremy Irons, Justin Kurzel behind the lens), and yet none of this matters. We are still stuck with a movie that thinks it’s a game, a narrative that struggles to be cinematic, and a wannabe franchise that will be lucky if it lasts a single film.

This is another “magic object” movie, the item this time something referred to as the “Apple of Eden.” It apparently holds the genetic code to human free will, whatever, and Cotillard’s scientist Sophia Rikkin wants it bad. So does her daddy, Alan (Irons). In order to get it, they free a career criminal named Cal Lynch (Fassbender, in a wholly humorless turn) from Death Row who was an assassin in a past life.

Hooking him up to a unwieldy machine that allows him to travel back in time to the Spanish Inquisition, our “hero” becomes his ancestor (?)Aguilar de Nerha and starts dealing out the death. There’s also a lot of Knights Templar nonsense and go for broke action. Like Shakespeare said, sound and fury, signifying…blah, blah, blah.

Assassin’s Creed, like others before it, all but misses the reason fans are flocking to their Playstations to plug in to the latest version of the title. Gamers want immersion and a feeling being part of the plotting. That’s not what a movie does, or can do. We can empathize with characters, cheer them on and feel like we are part of the process, but even a found footage entry with complete first person POV perspective can’t 100% pull off that level of interaction. So just like other vacant videogame adaptations, this movie is passive. You’re witnessing events you should be involved in, and for the most part, don’t care how things come out.

That’s because Assassin’s Creed is not really a standalone film. It’s just part of a bigger whole, a narrative arc that some studio head mandated had to last at least three entries. We don’t get full characters here, but partial pawns in a ever-evolving excuse for exposition. Even actors of Cotillard and Fassbender’s level of ability can salvage sludge like this. Instead, they feel wildly out of place, offering usual performances that never feel part of this proposed world. It was the same issue that doomed Warcraft. Even those obsessed with the game couldn’t find a reason to care outside of their devotion to a brand.

If laid out properly, giving the viewer enough information to understand the underlying conflict between the Knights and the Assassins, and why Cal and his father are important to it all, we might be able to understand the storyline. But there is no attempt at clarity, just another stupid slo-mo scene followed by dumb dialogue and a return to the past. Even then, the action never amounts to much. It all comes across as lame and clunky instead of inspirational.

Perhaps at some point in the near future, the studios will see how almost impossible it is to turn an Xbox hit into one at the box office. Until then, we will be stuck with junk like Assassin’s Creed. It may have a higher pedigree than other examples in the genre, but it’s still a witless, droning bore. 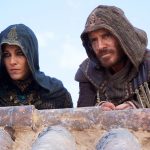 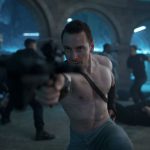 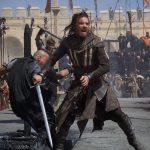 One thought on “Assassin’s Creed”