And you are?
Buy It From Amazon
Buy It On DVD
Buy It On Blu-Ray

Arrival, a cerebral wonder of a film, is as much about stories and how we view the ones in our lives as it is about making alien contact.

Like the best science fiction, it takes an extraordinary experience — the arrival of a dozen spaceships around the world — and relates it on an intimate scale. As brilliant linguist Dr. Louise Banks (Amy Adams) works to communicate with these beings, she and the other characters learn about taking the time to listen, finding understanding, and facing whatever happens with grace.

Working from a masterful script by Eric Heisserer (Lights Out), who adapted Ted Chiang’s Nebula Award-winning novella, “Story of Your Life,” director Denis Villeneuve (Prisoners, Sicario) crafts a tale that builds upon ideas of time and memory, chance and fate. After viewing this film, anyone with apprehension about Villeneuve’s next project, Blade Runner 2049, due out in 2017, should feel more assured that the next chapter of that story is in good hands.

Louise is an intelligent but lonely protagonist, albeit with Adams’s natural warmth and empathy. The military, via Colonel Weber (Forest Whitaker), seeks out her help to decode the aliens’ reverberating speech because of her valuable assistance in the recent past translating Farsi from insurgents. Louise convinces Weber to take her to the creatures’ landing site in Montana after revealing her translation of the Sanskrit word for war — one of many points about the messiness of language and the pitfalls to connection.

Weber is eager for answers, specifically, Where are they from, and why are they here? But like any parent who’s tried to talk sense to a toddler, Louise knows deciphering this immediately is impossible. She explains the need to establish a common vocabulary first, specifically through writing, as she can’t imitate their sounds. Whitaker plays Weber as a man conflicted, appreciative of Louise’s viewpoint but with little time for nuance amid the world’s mounting fear and uncertainty — and the desire of some governments and officials to show force and talk later.

Jeremy Renner provides everyman humor and relatability as a physicist assisting Louise. His wry delivery (and a well-used expletive) are a good counterpoint to the story’s weightier themes. Still, the emotional core belongs to Adams. The lighting and framing of some of her expressions are beatific one moment and bittersweet the next, and how her alien encounter ultimately affects her might have some reaching for tissues.

If you’ve read Chiang’s novella, you’ll know where the film is headed, but even so, it’s a pleasure to watch unfold. The film builds suspense and a clear narrative from source material that at times is as nonlinear as the aliens’ inky curls and blotches.

Some viewers might ask why the aliens don’t use some kind of telepathy or simpler means to reveal their purpose. But all that becomes clear once Arrival spills its secrets. To work its magic of discovery on us as well as Louise, the story unspools exactly the way it had to be.

The Blu-ray release adds five making-of featurettes to the package, giving you more time and fodder to wrap your head around the experience. 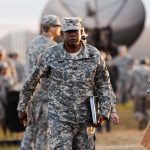 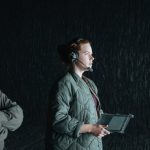 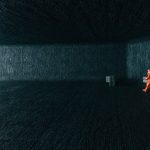