Andrew Niccol is one writer-director comfortable in the kind of alternate universes that author Philip K. Dick once concocted. The screenwriter of The Truman Show and writer-director of In Time and Gattaca (one of my favorites), Niccol loves to explore how technology impacts or even tramples our identity, let alone privacy.

Those themes return in his Netflix original film Anon, his first project since 2014’s drone-pilot thriller Good Kill. The film fascinates in parts, even if it doesn’t click into a satisfying whole.

Unlike the neon-drenched future of films such as Blade Runner 2049 and its predecessor, Anon has a muted gray-tinged palette with not a billboard in sight—until we look through the eyes of Sal (Clive Owen, The Knick, Valerian and the City of a Thousand Planets). Sal is a police detective who can’t help but be good and bored at his job.

Each person in Anon has a Mind’s Eye, a type of Google Glass implanted in the eyes that records every waking moment and constantly pelts the viewer with pop-ups. As Sal walks down the street, for instance, he sees the names of every passer-by above their heads, along with labels of brand-name products and buying information, apps, and ads projected onto buildings.

Police work in a world like this consists of rewinding people’s points of view. Some of this setup unfolds awkwardly, such as when Sal reviews a white man shooting an unarmed black man—reaching for a Bible, no less. The shooter insists he feared for his life, but Sal rewinds the man’s activities farther and notes that the booze he had a short time earlier likely impaired his judgment.

Even with every action open to scrutiny, people still want to do things in secret. There’s a thriving anonymous network (hence the title) of hackers who delete any actions that people don’t want their loved ones or the authorities to see.

The plot kicks in once a killer slays several people who hired a hacker. Before their deaths, the killer hacked their Mind’s Eyes so that their point of view became his or hers. They watched—and recorded—themselves being slain. The anonymous killer then escapes, cloaked thanks to a special algorithm that keeps anyone from fully seeing the person.

“We have to trust our eyes, or the system doesn’t work,” one cop notes. But what happens when you can’t do that anymore?

The story generates decent suspense once Sal goes undercover and gets hacked himself. Memories of his young son, who died, disappear, replaced by what the hacker wants him to see. The hacker also puts Sal’s life and career at risk, forcing Sal to get clever to work around the problem.

But the film’s emotional moments feel as flat as its subdued look, even when Sal meets his prime suspect (Amanda Seyfried of Gringo and the upcoming Mamma Mia! Here We Go Again). The two speak in such hushed tones, they barely generate any sparks.

Seyfriend’s unnamed character also feels underdeveloped, leaving Seyfriend to play mysterious and little else. What type of person wants to live off the grid like she does? What’s the cost of such fierce privacy?

Anon creates a compelling and timely premise, but it gazes one way while something more intriguing happens out of view. 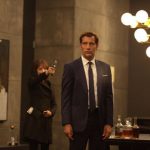 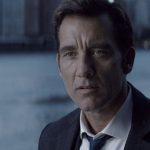 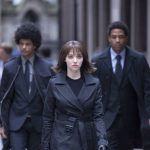